On the topic of Quantitative Easing 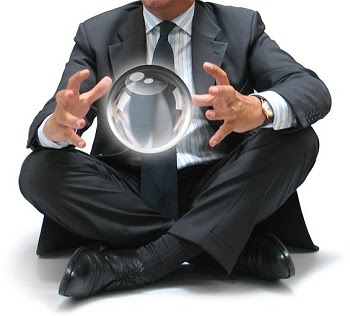 Yesterday I talked about a trend that will continue next year: currency induced cost-push inflation.

Today I would like to talk about another trend you will see continue into next year: Quantitative Easing.

For almost 20 years now, the US Federal Reserve has been able to prevent market forces from correcting our economic imbalances by inexorably pushing rates lower.

These easing campaigns succeeded in boosting the economy in the short term by greatly increasing the amount of debt held by both the private and public sectors.

Each successful round was been enacted to prevent/delay the repercussions from the earlier effort.

At this point, rates can go no lower.

So when that stimulus failed, the Federal Reserve has decided to bring on the heavy artillery in the form of “Quantitative Easing,” or as it is known in the vernacular, “printing money to buy government debt.”

By its own words, the Federal Reserve has said the goal of quantitative easing (QE) is to lower long-term interest rates. It is hoped that this will achieve what low short-term rates had not: an increase in stock and real estate prices, a rise in household wealth, and consequently greater consumer spending, economic growth, and job creation.

As the year winds down, it appears the Fed’s plan has backfired.

So far the selling pressure on long-term bonds is overwhelming the Fed’s buying pressure. Spiking rates (which move inversely to price) are powerful evidence that the bond bubble may be ready to burst. The Federal Reserve has thrown everything but the kitchen sink at the bond market to force yields lower, yet they have risen anyway.

Meanwhile the economy sputters, real estate continues it's downward slide in America and unemployment is not dropping.

Compounding the issue is a new Republican dominated congress which has come to power on the back of an austerity movement.

The US Federal Reserve is the only option to stimulate the economy right now.

One of the biggest obstacles facing that US economy will be the individual US States.

The worst recession since the 1930s has caused the steepest decline in state tax receipts on record. State tax collections, adjusted for inflation, are now 12% below pre-recession levels, while the need for state-funded services has not declined.

As a result, even after making very deep spending cuts over the last two years, states continue to face large budget gaps.

At least 46 states struggled to close shortfalls when adopting budgets for the current fiscal year. These came on top of the large shortfalls that 48 states faced in fiscal years 2009 and 2010. (for your information, the 2011 tax year began July 1 in most states)

States will continue to struggle to find the revenue needed to support critical public services for a number of years, threatening hundreds of thousands of jobs.

There is no painless way out of this situation at this point.

Bernanke and the Federal Reserve are caught between the Scylla of deflation - which would liquidate the inefficient part of the economy - and the Charybdis of inflation.

A crystal ball is not required to see which the US Federal Reserve will choose in 2011.

Ben Bernanke has a PH.D in economics and his entire reputation is wrapped around be an expert on the Great Depression. He is an academic, and academics are very predictable.

When you go through graduate school you have to write a doctoral thesis, which will start your real career. Usually those thesis - if they are successful - lead to books and then more writings that branch off of the original thesis. Creative minds, and there is a difference between being imaginative and smart, then investigate new avenues of thought throughout their careers and come up with innovative theories and groundbreaking research.

That's what 'academic' life is all about.

Their entire professional reputation is wrapped around that thesis, it is their life's 'work'.

That is essence of Bernanke. He wrote a thesis claiming that the Great Depression happened because the Federal Reserve didn't lower interest rates fast enough after the stock market topped out in 1929 and because they failed to provide enough liquidity (printing of money) is the years after the crash.

There will be no deviation from this 'thesis'.

Bernanke has chosen the Charybdis of inflation - the whirlpool.

Quantitative Easing has only just begun.