Tuesday Post #2: While we wait for the Federal Reserve 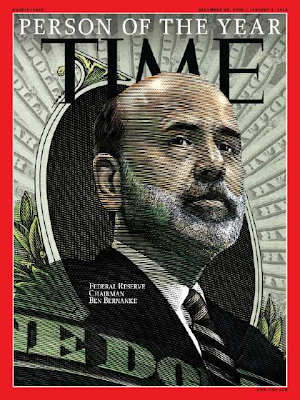 This current crisis in the stock markets was sparked when Congress raised the debt ceiling without making significant spending cuts (not with Standard and Poor's downgrade as a result of that action).
Once again, the politicians kicked the can down the road, and avoided make the hard decisions that need to be made.
Constantly this blog talks about the 2008 Financial Crisis and the fact that most people do not fully understand the depth and breadth of the financial earthquake that shook the world in the fall of 2008.
The fact of the matter is that we have not left the recession that was triggered by that crisis.
From March 2009 to July 2011, the Dow Jones had surged more than 90% on the assumption that the economic crisis was a thing of the past.
But it wasn't. The reality is that the massive monetary stimulus pumped into the markets via QE1 and QE2 only resulted in the illusion of health while creating a depreciated currency, crushing debt, cost-push inflation and a moribund private sector.
Respected figures like Warren Buffett and Alan Greenspan are now saying that S&P was wrong in their downgrade because the Fed can simply print money indefinitely to avoid default.
They are right. But any country can print money to pay its bills if those bills are in the form of the currency that country issues.  It's the value of its currency that determines its credit rating.
Money-printing creates the illusion of solvency for the United States but devalues the currency while  creating a global tidal wave of inflation.
And many foreign governments are wary of hurting their export industries by allowing the dollar to fall too quickly. So they print money too.  They print to keep pace with the US Federal Reserve. Only intervention by the Japanese and Swiss central banks has prevented their respective currencies from soaring much higher against the US dollar.
This race to debase is about to intensify as we await this mornings meeting of the Federal Reserve.

It worth noting that since the release of the horrendous GDP numbers last week, which clearly showed the economy is NOT recovering, the DOW has lost 1,432 points.
Can Ben do anything but print at this point?
==================

Please read disclaimer at bottom of blog.
Posted by Whisperer at 6:41 AM