Monday Post #1: The most important news story since Watergate. 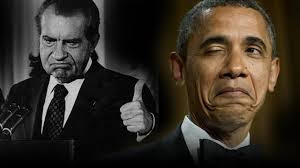 If you follow our twitter feed, you know we have had a keen interest in the PRISM whistleblower story going on in the United States right now.

This may well be THE most important news story since Watergate in the early 1970s.

The very idea that a government organization has been collecting information for seven years on every phone call, domestic and international, that Americans make was long rumoured and dismissed as the ramblings of the tin foil hat crowd.

But it turns out these aren't the ramblings of wing nuts.

It turns out it's all true.

The NSA has recorded and logged every phone call, every email, every internet post you have made and stored it. They have done this with the implicit support (and granted access by) organizations such as Facebook and Google.

It's all been saved, waiting for the day you come under 'suspicion' of having done 'something' in the future.  At which point all of this data will be brought up and analyzed.

As investigative journalists report on what whistleblowers are telling us, the growing awareness of the intrusions of America's National Security Agency (NSA) into the everyday lives of Americans is of profound significance.

If you haven't been following this story, go to this link for a video interview with NSA whistleblower Edward Snowden: 'I don't want to live in a society that does these sort of things'

From The Guardian newspaper, an editorial by the author of The Pentagon Paper titled "Edward Snowden: saving us from the United Stasi of America":

In my estimation, there has not been in American history a more important leak than Edward Snowden's release of NSA material – and that definitely includes the Pentagon Papers 40 years ago. Snowden's whistleblowing gives us the possibility to roll back a key part of what has amounted to an "executive coup" against the US constitution.


Since 9/11, there has been, at first secretly but increasingly openly, a revocation of the bill of rights for which this country fought over 200 years ago. In particular, the fourth and fifth amendments of the US constitution, which safeguard citizens from unwarranted intrusion by the government into their private lives, have been virtually suspended.


The government claims it has a court warrant under Fisa – but that unconstitutionally sweeping warrant is from a secret court, shielded from effective oversight, almost totally deferential to executive requests. As Russell Tice, a former National Security Agency analyst, put it: "It is a kangaroo court with a rubber stamp."

For the president then to say that there is judicial oversight is nonsense – as is the alleged oversight function of the intelligence committees in Congress. Not for the first time – as with issues of torture, kidnapping, detention, assassination by drones and death squads –they have shown themselves to be thoroughly co-opted by the agencies they supposedly monitor. They are also black holes for information that the public needs to know.


The fact that congressional leaders were "briefed" on this and went along with it, without any open debate, hearings, staff analysis, or any real chance for effective dissent, only shows how broken the system of checks and balances is in this country.


Obviously, the United States is not now a police state. But given the extent of this invasion of people's privacy, we do have the full electronic and legislative infrastructure of such a state. If, for instance, there was now a war that led to a large-scale anti-war movement – like the one we had against the war in Vietnam – or, more likely, if we suffered one more attack on the scale of 9/11, I fear for our democracy. These powers are extremely dangerous.


There are legitimate reasons for secrecy, and specifically for secrecy about communications intelligence. That's why Bradley Mannning and I – both of whom had access to such intelligence with clearances higher than top-secret – chose not to disclose any information with that classification. And it is why Edward Snowden has committed himself to withhold publication of most of what he might have revealed.


But what is not legitimate is to use a secrecy system to hide programs that are blatantly unconstitutional in their breadth and potential abuse. Neither the president nor Congress as a whole may by themselves revoke the fourth amendment – and that's why what Snowden has revealed so far was secret from the American people.


In 1975, Senator Frank Church spoke of the National Security Agency in these terms:


"I know the capacity that is there to make tyranny total in America, and we must see to it that this agency and all agencies that possess this technology operate within the law and under proper supervision, so that we never cross over that abyss. That is the abyss from which there is no return."


The dangerous prospect of which he warned was that America's intelligence gathering capability – which is today beyond any comparison with what existed in his pre-digital era – "at any time could be turned around on the American people and no American would have any privacy left."


That has now happened. That is what Snowden has exposed, with official, secret documents. The NSA, FBI and CIA have, with the new digital technology, surveillance powers over our own citizens that the Stasi – the secret police in the former "democratic republic" of East Germany – could scarcely have dreamed of. Snowden reveals that the so-called intelligence community has become the United Stasi of America.

So we have fallen into Senator Church's abyss. The questions now are whether he was right or wrong that there is no return from it, and whether that means that effective democracy will become impossible. A week ago, I would have found it hard to argue with pessimistic answers to those conclusions.


But with Edward Snowden having put his life on the line to get this information out, quite possibly inspiring others with similar knowledge, conscience and patriotism to show comparable civil courage – in the public, in Congress, in the executive branch itself – I see the unexpected possibility of a way up and out of the abyss.

Pressure by an informed public on Congress to form a select committee to investigate the revelations by Snowden and, I hope, others to come might lead us to bring NSA and the rest of the intelligence community under real supervision and restraint and restore the protections of the bill of rights.

Snowden did what he did because he recognised the NSA's surveillance programs for what they are: dangerous, unconstitutional activity. This wholesale invasion of Americans' and foreign citizens' privacy does not contribute to our security; it puts in danger the very liberties we're trying to protect.

And lest you think in Canada we are immune: NSA Spying On Canadians, CSEC Capable Of Similar Surveillance - Expert 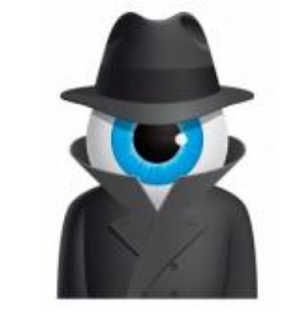 
Please read disclaimer at bottom of blog.
Posted by Whisperer at 9:34 AM

Email ThisBlogThis!Share to TwitterShare to FacebookShare to Pinterest
Labels: NSA, The Guardian