Once Canada's 'most expensive listing', asking price for West Van's 'fake mansion' slashed by $25 million (or 66%) 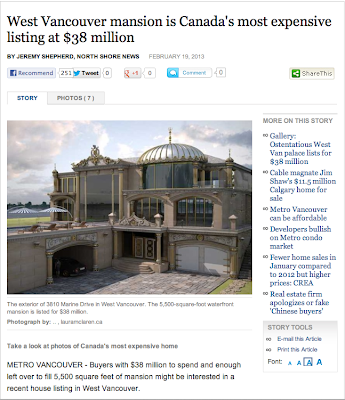 You all remember the infamous 'fake mansion' we told you about back in February 2013?

The notorious tear down property at 3810 Marine Drive in West Vancouver gained worldwide notoriety for it's ridiculous $38 million listing price, the most expensive Canadian real estate listing at the time (it's assessed at a lowly $6,768,500).

This highly promotable fact was embellished by listing agents who profiled the property with extensive interior and exterior pictures of a gaudy, ostentatious mansion. 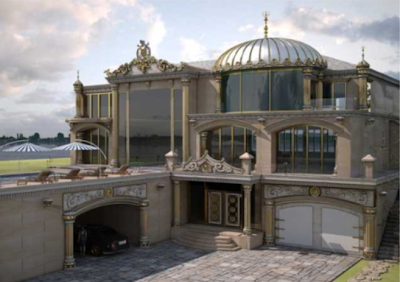 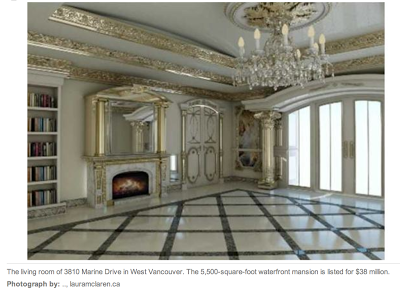 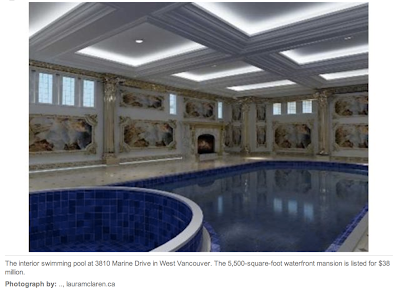 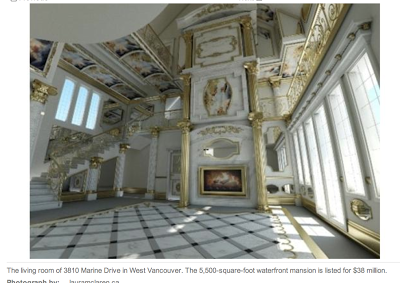 Just one problem... no such mansion exists. Here is what is actually on the land for sale: 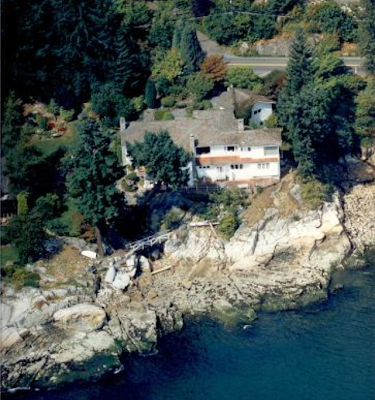 One could argue it was all a brilliant marketing ploy.


An asking price which made it the most expensive home for sale in Canada along with accompanying pictures of an over the top palace... a sure-fire formula for worldwide media interest, right?

Said one of the listing real estate agents at the time:


More likely, a developer will buy the house and subdivide the property into three separate estates. In fact, there has already been some movement on it.

“We’ve had offers on it but unfortunately they haven’t come up to the price that’s wanted by the seller,” Tsavdaris said. “All the offers we’ve had have been from developers to build three monster homes there. But we’re hoping to find that one candidate from Bollywood or from China that would want to keep it as one property.”

After it was pointed out to the media that the mansion pictures were fake, the listing agents insisted that there wasn't any deliberate attempt to mislead and that the fake photos were merely:

"a rendering of what could be built on this property."

A media frenzy erupted and the online editor of the Vancouver Province was moved to respond to our blog.

So how did that marketing strategy work out?  Did the house ever sell?

Observer, who moderates the excellent blog Vancouver Price Drop, tells us the property is not only still on the market - it has experienced yet another significant cut in it's asking price, the third since it made headlines in February. 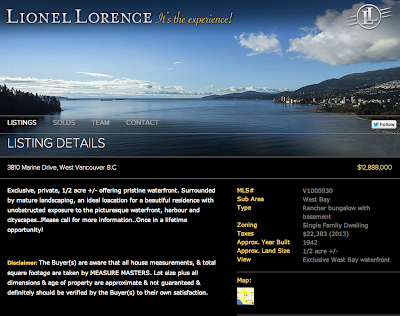 $25 million taken off the asking price that made headlines around the world at the start of the year?

Surely this has to be Canada's most reduced property now as Canada's most expensive listing now harbour's Canada's biggest price drop. Do you think the Vancouver Sun or Province will hype this fact in one of their gallery features now?