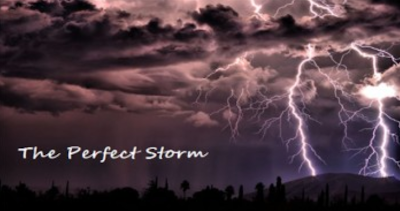 Yesterday we talked about the Globe and Mail warning you about rising interest rates in an article that suggested ignoring that threat might be the 'biggest financial mistake you might make.'

Baby boomers across Canada have an average shortfall of $430,000 when it comes to their retirement savings, according to BMO Wealth Institute data released August 28.

This is followed up with the wonderful news that 'B.C. consumers still owe the most as personal debt levels rise again.'

The average Canadian consumer’s debt, excluding mortgages, increased in 2013’s second quarter to $27,131, according to a TransUnion report released this morning (August 28).

High debt? No savings for retirement?  Good thing many of us have been playing the real estate lottery, eh?

Which brings to mind our post back in March 2012 warning about Boomer's dumping their overvalued real estate to fund retirement and subsequent posts from Macleans and BMO who ruminated on similar concerns.

But Flippers don't have to worry about that (unless they've ignored the warnings and are currently caught holding), right?

We also find out today that Tax auditors have targeted condo sellers in the hunt for ‘flippers’.

Seems that anyone who bought a condo unit pre-construction, then sold for a profit without actually moving in, is liable for capital gains tax, and must also repay the GST/HST refund that residents receive.

Folks who’ve sold condos or houses less than a year after taking possession seem to be the prime focus of CRA auditors so far, but tax lawyers are advising clients they could be at risk of a tax bill for at least 50 per cent of any gains made if they’ve sold before living in the property 18 months to two years.

Toss in the array of changing mortgage regulations, the weak global economy and the absence of HAM and surely the logical person can see the perfect storm forming.


Please read disclaimer at bottom of blog.
Posted by Whisperer at 9:33 PM