Opportunity Lost: Amoss, Agora and the Bank of Montreal 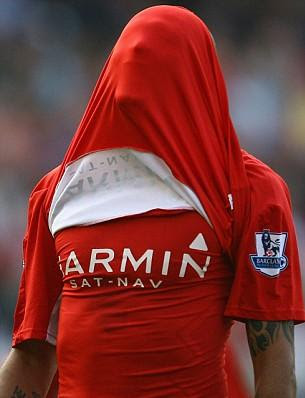 This past week a tremendous amount of attention was paid to Dan Amoss and his prediction that the Bank of Montreal was going to be forced to cut it's dividend, a development he claimed could trigger the bank's stock to fall dramatically and lead to a possible 'crash' of the bank.

Amoss is a member of Agora Financial of Baltimore Maryland and is managing editor of one of their publications, the Strategic Short Report (SSR). The SSR is a pricy internet-based newsletter that provides 'tips' to subscribers on stocks that may be worth shorting.

Last week, Amoss had the Bank of Montreal in his crosshairs.

Teaser ad's for the newsletter on the internet implied that BMO's dividend cut might come as soon as this week's August earnings release, which is after the August options expiration. Investors could, if they believed Amoss' 'scoop', make several market plays to take advantage of the situation.

Two typical strategies (as I understand it) would be to buy an in-the-money put and hope for a reasonably conservative return. Even if the stock stayed stable, it would give you some chance to preserve your investment.

Or you could buy out-of-the-money puts for a chance of greater leverage to a falling share price. This was probably the most aggressive move. Buying out-of-the-money September puts (you could get a September $40 put for about 70 cents) would have you in a position that, if the dire prediction of a dividend cut came through, or if the shares collapsed by half in short order, you’d be more than tripling your money. If the shares fell to $23, a $40 put is worth $17 at expiration. That means you would see 70 cents to $17 as a return... a huge amount.

Of course, the reason it’s huge is that most people think it’s unlikely — just like any other longshot.

In hyping the newsletter, Amoss proclaimed that one of Canada's major banks was about to crash. Another Agora site, PennySleuth promoted the story with the headline "How to Play the Canadian Banking Crisis for a Quick Double" on August 12th.

Although Amoss didn't reveal the name of the bank in question (you had to subscribe to his pricy newsletter to obtain those details), the assertion caught the internet by storm. Stockgumshoe.com picked up the story and rumours started flashing across social networking sites. Based on the clues provided, it wasn't hard to speculate which of the 5 major Canadian banks Amoss was refering to.

By Friday August 21st the rumour reached us here and an initial post was made. By Sunday even Garth Turner made a post about it.

It became an honest-to-goodness internet sensation.

In the options market on Monday, about 48,000 contracts changed hands, 34 times the usual daily volume, according to option analytics firm Trade Alert. The turnover included 3,405 calls. Volume in the stock's puts outnumbered calls by a ratio of more than 13-to-1. The stock fell 3% and the story caught the attention of the mainstream press. Organizations such as Bloomberg, Reuters, and several Canadian newspapers began making enquires.

By opening bell on Tuesday morning the story washed-out as a non-event. BMO maintained it's dividend, announced it had increased profits; and news organizations found Amoss unavailable for comment.

Curiously, on Wednesday, the Financial Post published a story in which a large number of analysts took issue with Bank of Montreal's earnings reports. Since Amoss had raised questions about the bookkeeping used by BMO, we were genuinely surprised not to hear more from him.

Yesterday Agora posted this statement on it's daily commentary page, the 5 Minute Forecast:

It seems like such a tremendous opportunity wasted by Amoss and Agora.

Here you had a ton of attention focused on the issue with the mainstream press eagarly awaiting comment. This is the type of situation tailor-made to create a market oracle.

In the face of doubt, Amoss could have been profiled in the mainstream press, detailed his concerns, outlined his case, and stuck to his convictions about the state of the Bank of Montreal.

Would he have been ridiculed and put down? Without a doubt. Would it have been information passed on to non-subscribers of the newsletter... absolutely.

But down the road, if the assertions proved correct, Amoss and Agora would have been catapulted to cult status in the same manner as Peter Schiff and Euro Pacific Captial.

Instead they opted to shun the media and shill a new bank play as part of an effort to hock more sales of their newsletter.

We think they missed the opportunity of a lifetime.

Please read disclaimer at bottom of blog.
Posted by Whisperer at 9:37 AM