Today's post is brought to you by the letter 'B'.

It could be 'B' as in Bubble, as more and more people are starting to acknowledge here in Canada.

'The Cabel' disputes this assertion, insisting that the state of the housing market is simply reflecting what Carney has called “an element of pent-up demand” (Carney speech to reporters Nov. 19).

“Rates are exceptionally low, affordability has improved in part because of the low level of interest rates and part because of some former price adjustments, and we are seeing a housing-price response,” said the Governor.

Pundits insist that they don’t believe that there’s a bubble, that most of the market action is from typical Canadians trying to buy their first home or move up. Rising prices? That's just an unintended consequence of the current low, low rates.

But when Canadians are waiving conditions and paying 10% (or more) than a home's asking price you know it's not a regular market - particularly when we sit in one of the worst economic times since the Great Depression of the 1930s.

The most notable thing here is that Carney insists that what's happening in the housing sector is simply an unintended by-product of his attempt to help the economy recover from its first recession in 17 years. Carney says he has given 'clear guidance’ on why he has taken the actions with interest rates he has.

But Eric Lascelles, chief economist and rates strategist with TD Securities Inc., raises a point that more and more people finally raising. In Toronto Lascelles noted that the central bank hasn’t talked much about house prices, “to the bafflement of international investors.”

“It makes perfect sense that there is a good appetite for the housing market,” Lascelles said. What no one seems to want to address is “whether this is a bubble in the making or simply a recovery from earlier softness.”

David Laidler, a former visiting economist and special adviser at the Bank of Canada and now a fellow at the C.D. Howe Institute, a Toronto research group notes that “the worry has got to be that you might be getting a housing bubble out of this.” Laidler is a member of the institutes's Monetary Policy Council, which studies central-bank decisions and said in a Dec. 3 statement that a “possible unintended effect” of Carney’s commitment is “the buoyancy of mortgage lending, particularly variable-rate mortgages, and the housing market."

And it's that word that rankles the most.

Do people truly believe that the astonishing rebound in housing prices - with no intervention from the Bank of Canada - is simply an 'unintended' by-product of Carney's actions to recover from recession?

Maybe today's 'B' word actually stands for 'B' as in Banks.

In a fascinating report from Sprott Asset Management, the average leverage ratio of the Canadian banking system is analysed and compared.

Sprott notes that the average leverage ratio of the Canadian banking system is higher than that of the largest US banks in all periods reviewed.

Now each of the top ten US banks received common equity injections by both shareholders and the US government, thereby improving their respective leverage ratios during this economic crisis.

And the Canadian Banks?
When the Bank of Canada slashed interest rate to dirt they helped to artificially preserve real estate asset prices by creating another irrational housing euphoria in the country.

Unintended... Or a deliberate calculation to preserve the "razor thin margin on the tangible asset side" of the Canadian Banks leverage equation... a group the Canadian Government had just moved heaven and earth to protect?

Sprott goes on to note that,
The Canadian housing market continues to baffle observers in the United States and around the world. We are daily fed propaganda that tells us that the dramatic performance of our nation's real estate during this worldwide economic crisis is all a result of the solid foundation of our nation's banks and the virtuous conservatism of the Canadian financial system.

The Sprott report is simply the latest that sumarizes the many concerns critics have had about what's happening with Canadian Real Estate, CMHC and the banking system.

Increasingly it seems we are only a couple moves away from the symbiotic relationship that exists between those two other well known 'B' words: Boom and Bust.

The 'Boom' is currently happening and observers are raising alarm bells.

Be wary. The next time you hear "give me a 'B'...", you might just see the market kick back the word investors dread the most... bust! A development which would lead to today's true 'B' word; a word that summarizes our thoughts on all this malarky about 'unintended' consequences . 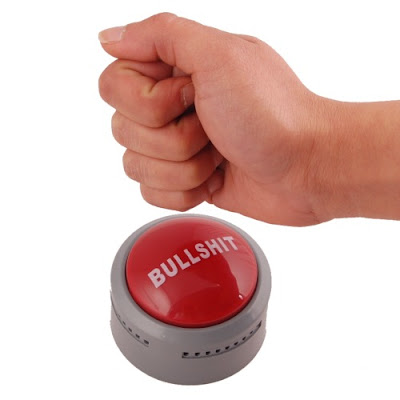 
Please read disclaimer at bottom of blog.
Posted by Whisperer at 2:50 PM