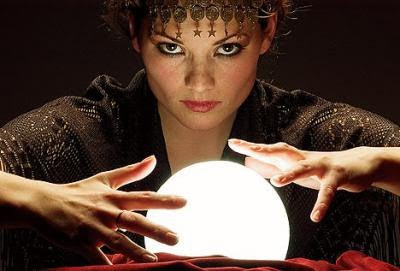 Predictions are fun to make despite the fact they are so often wrong.

Now... we've already established that the theme for 2010 is Debt... debt and the recession.

In reality a severe recession would be a good thing for us.

After having gone through a decade of borrowing to consume, Canada needs to rebalance.

This recession was caused not by too much inventory but by too much credit and leverage in the system. And the world is in the process of deleveraging. It is a process that is nowhere near complete. While the crisis stage is over (at least for now), there is still a lot of debt to be retired on the consumer side of the equation, and a lot of debt to be written off on the financial-system side.

Total consumer debt is shrinking for the first time in 60 years. And the decline shows no sign of abating.

That's why the recession is the solution, not the problem. The problem was the bubble inflating, blowing up. Not the deflation. Now it's time to allow the pain, no matter how unpleasant it is, to correct the imbalances.

And it's not just consumers who are attempting to deleverage. The corporate sector is trying to deleverage too, as Bloomberg notes in an article today. The amount of corporate debt outstanding globally shrank for the first time in at least 15 years in the first half of 2009 as U.S. banks reduced the size of their balance sheets.

Tetsuo Ishihara, a senior credit analyst for Mizuho in Tokyo, analyzed data from the Bank for International Settlements and noted that “it’s unprecedented that the global debt market shrinks. When redemption's and buybacks are greater than new issues the outstanding size can shrink, which appears to have happened here.”

Financial companies in the Americas had $1.1 trillion of losses and writedowns since the credit crunch started in 2007, about 65% of the global total, according to data compiled by Bloomberg.

But in Canada, none of that deleveraging has happened... and it's all because of the Federal Government.

As this blog has already covered, the Feds slashed interest rates to dirt and empowered CMHC to expand their assistance into risker and risker home mortgages. It used to be that the mission of CMHC was to try and make home ownership affordable. Now their mission is to keep home prices high.

And this is where the government is making a huge mistake. The reality is that the best thing that can happen to our economy is for these high prices to come down.

The free market solution would have been allowing the market to correct to bring us low prices.

If real estate prices go down, you don’t need to borrow that much money to buy a house. And if they do, it doesn’t matter that interest rates go up a bit, because your payment will be lower anyway.

But that didn't happen. Carney and Flaherty intervened and their actions have kept homes unaffordable. It ensures Canadians have to mortgage themselves to the hilt to buy a house.

Rather than help Canadians, Carney and Flaherty have made it worse. In 2010 we will see that this will become the foundation of our financial crisis.

The government looked at the problem as being one of falling real estate prices. That’s wasn't the problem, that was the solution.

The problem is that they went up to begin with.

The reality is that the world is just starting to go through a massive – and necessary – recession. Some think it is just ending. It isn't, its just getting started and we have barely gotten a taste of it.

We need consumers to stop spending money and rebuild their savings.

We need to have the government say to us, “this is the price we pay for years of indulgence and reckless spending, now comes the sacrifice. And there is nothing the government can do about it.”

Unfortunately that will mean we need high interest rates.

Kenneth Rogoff, Professor of Economics at Harvard, Former Chief Economist at the International Monetary Fund recently said, “It’s a question of how do you achieve the deleveraging. Do you go through a long period of slow growth, high savings and many legal problems or do you accept higher inflation? It would ameliorate the debt bomb and help us work through the deleveraging process.”

The developed world is drowning in debt and there are only two viable options – a global economic depression or very high inflation.

It seems policymakers have chosen the latter option and over the next few years we seem destined to experience the trauma of severe inflation regardless of Ben Bernanke's assurances to the contrary.

The American government is staring at total obligations of US$115 trillion, their debt to GDP ratio is off the charts and the American public is also up to its eyeballs in debt.

Inflation seems to be the chosen solution.

And that means Canada will be forced to deal with a readjustment that hasn't been prevented at all... just delayed.

It is notable that America is not alone in pursuing inflationary policies; most nations all over the world are printing money and debasing their currencies.

In this era of globalisation, no country wants a strong currency and everyone is engaged in competitive currency devaluations.

Given this reality, its hard not to agree with those who believe that this money and debt creation will cause an inflationary holocaust over the coming years.

Which brings us to our next prediction for 2010: Gold.

As we have noted before, Gold is not money... nor is it a hedge against inflation (it performs that role very poorly). What gold is, however, is a hedge against the mismanagement of the state - which at this time and place is the United States with it's world's reserve currency status.

It is almost a certainty that the United States will be forced to continue Quantitative Easing next year when they cannot find enough buyers for their $2.1 trillion Treasury sales.

As a result, gold's decoupling from the ups and downs of the US dollar may come as soon as next year as nation states and investors panic.

Because of that, I predict a gold price of over $2,000 an ounce by the end of next year.