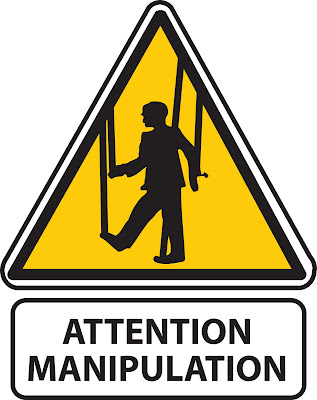 A couple of years ago a friend, who was renting the house he lived in, was informed that the out-of-town owner had decided to sell.

What ensued was a very acrimonious relationship between the chosen realtor, the property management company and my friend, the tenant.

After several months there was finally an interested prospective buyer, a young Philippine family. A second showing was arranged and I was at the house when it took place. What happened next was one of the most sleaziest manipulations I had seen by a realtor.

The realtor arrived at the house with a work colleague and the property management representative (my friend knew about the showing).

Shortly afterward, the Philippine family showed up for their second viewing.

Five minutes later, the doorbell rang and the realtor stated that there was another interested party to see the house and that was them at the door. The property management rep, the Philippine family and my friend all knew nothing about this 'second interested party'.

A single male came into the house the realtor brought him upstairs to the kitchen (where I was). They stood there talking to each other in their native language. What struck me was that the man, supposedly there to view the house, wasn't the least bit interested in looking around.

As the Philippine family moved through the house, this man would move elsewhere. During the entire time he wasn't the least bit interested in the house.

Finally everyone went outside and the Philippine family and the property management rep left.

After talking for five minutes more, the realtor took out $50 and gave it to the man.

That night the Philippine family made an offer on the house and it was accepted.

Clearly it was a blatant attempt to create a false impression with the Philippine family that there was other interest in the house. No doubt the stereotypical R/E pressure tactic of 'buy now or miss out' was utilized.

It is the type of story that slanders and tars the entire industry with a bad name.

I was reminded of this as I watched another blatant manipulation play out over the past couple of days.

On Sunday Garth Turner altered his readers to a craigslist ad that had appeared in Vancouver.


You don't need to be a rocket scientist to figure out the purpose of the ad. A condo developer was going to create the false impression of a frenzy for a pre-sale offering.

In addition to craigslist, ads in asian publications started popping up too. As noted over at VREAA there was this one which, when translated, says "“need help to line up, tonight, urgent, contact Shirley 778-863-3870″

And sure enough, last night on Global TV's evening news came this glowing story about the return of condo lineups and a frenzy to get a piece of the pre-sale action at a new condo project located in Burnaby at Kingsway and Willingdon Ave.


Industry defenders will tell you this is all shrewd marketing techniques designed to 'stimulate' sales in competitive market. They will rationalize other "explanations" for these ads. But can the rationale person conclude that it's anything but blatant manipulation?; a sham, designed to deceive and pressure prospective buyers?

And do you really want to do business with anyone employing these tactics?

Just make sure you're aware of what's going on and don't get sucked into to making a decision you will regret for the rest of your life.

And, for Gawd sakes, don't think you have to 'buy now or be priced out forever'.

Finally I bring all of this to you on a day when the Wall Street Journal reports that the average debt held by Canadian households has hit $100,000 and the crucial debt-to-income ratio is now at 150%.

More significantly the number of households which have fallen behind in their mortgage payments by three or more months climbed to 17,400 in the fall of 2010, up nearly 50% since the 2008 recession began.

The average level of assets held by Canadian households rose by 62.8% over the past 20 years, including a 73.2% increase in real estate, total debt rose by 77.7% which was led by a 87.9% increase in consumer credit and loans.

This is all going to end very badly.