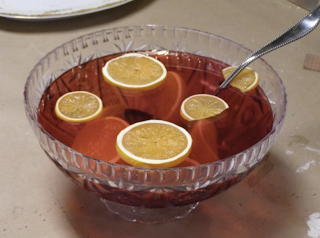 Interesting article in the Financial Post yesterday. Titled Stephen Harper told mounting mortgage debt is putting ‘our national economy at risk’, the news article details how the Federation of Canadian Municipalities, made up of member cities representing 90% of the nation’s population, have told the Prime Minister that the high cost of housing was the most “urgent” financial issue facing Canadians today.

We have been warned before, and often. The federal government and the Bank of Canada, in particular, have lectured us about the evils of sky-high consumer debt and still-creeping house prices — and the mounting threat to the economy — as rock-bottom interest rates inevitably begin to rise...

Canada Housing and Mortgage Corp., the Crown agency responsible for insuring mortgages to approved buyers, uses a 30% threshold of total household income going to housing. Anything above that, and consumers could end up over their heads.

Dallas Alderson, director of policy and program at the Canadian Housing and Renewal Association, said one-quarter of Canadian are over that limit.

What do they want the Prime Minister to do?

“We believe that as the government sets its priorities for the next two years, it should address the high-cost of housing in Canada, the most urgent bread-and-butter issue facing Canadians today."

Of course when these groups ask the Federal Government to intervene, it usually means more subsidies, which is the type of meddling in the past which has created the mess in the first place.  Remember, greatly increasing CMHC's balance sheet was all about making housing 'affordable'. Notes the FP article...

“Past attempts to do so, through CMHC for example, have produced financial disasters for the people who participated and put CMHC in grave financial situation.” he said.

“We wouldn’t want to see that again, nor the federal mortgage agency deeply underwater and as similar U.S. agencies have been, through the course of much more recent financial disasters.”

Curiously no one suggests removing the punch bowl which created the sky-high housing values to begin with.

Yanking that punch bowl away will trigger a very painful process.  But it's the long term solution that is required.

The president of General Motors of Canada Ltd. is worried that ultra-cheap auto loans could be causing Canadian vehicle sales to spike just as home sales did during the U.S. housing bubble.


Canadians are on pace to drive more than 1.73 million new vehicles off dealers’ lots this year, breaking the record of 1.703 million, but that’s a higher level than economic indicators suggest sales should be, Kevin Williams told The Globe and Mail’s editorial board Monday.

Part of the reason, he noted, includes eight-year, interest-free loans being offered by some auto companies. His comments highlight again the hot-button issue of consumer debt, singled out by Finance Minister Jim Flaherty and the Bank of Canada as a critical concern before the inevitable rise in interest rates.

Mr. Flaherty has focused on mortgage debt, but auto loan debt has been rising in the fierce fight among auto makers for market share and their battles with each other and Canada’s Big Six banks in the auto lending market.

Auto loan debt rose 8.6 per cent in the second quarter from year-earlier levels, outpacing the increase of 6.1 per cent in total debt, according to numbers compiled by Equifax Canada.

Consulting firm J.D. Power and Associates said last month that 64 per cent of Canadians who finance vehicle purchases are taking on terms of six years or longer.

The longer terms are designed to make monthly payments as low as possible, Mr. Williams said, but they mean in some cases buyers will return to dealers for a new vehicle still owing money on the vehicle they’re trading in.

The unwinding of all of this is going to be very, very painful.


Please read disclaimer at bottom of blog.
Posted by Whisperer at 4:51 AM