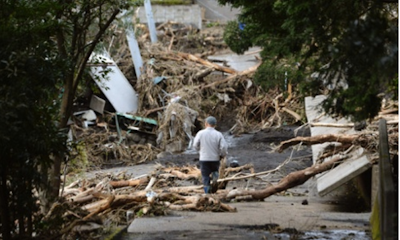 Following up on yesterday's post about a 'once-in-a-decade' Typhoon hitting Japan and the threat it posed to the Tsunami-ravaged Fukushima nuclear power plant, it appears the storm has now passed.

Good news for both Japan and the Village on the Edge of the Rainforest which would be impacted by any radiation spewing into the atmosphere.

From The Guardian newspaper:

TyphoonWipha has killed 17 people so far and more than 50 are missing. Izu Oshima, an island south of Tokyo was worst hit, suffering landslides and flooding. During the height of the storm, more than 500 flights at Tokyo's Haneda and Narita airports were cancelled, and thousands of schools closed. About 20,000 people were told to leave their homes because of the danger of flooding . Typhoon Wipha was the worst storm to hit the region since October 2004.

In a follow up article from The Guardian: Typhoon Wipha wreaks deadly destruction on Japan


A typhoon has killed 17 people in Japan, but largely spared the capital and brushed by the wrecked Fukushima nuclear power station.

More than 50 people were missing after typhoon Wipha roared up Japan's east coast, including two schoolboys engulfed by waves on a beach; 20 more were hurt by falls or being struck by flying debris. About 20,000 people were told to leave their homes because of the danger of flooding and hundreds of flights were cancelled.

Sixteen people were killed on Izu Oshima island, about 75 miles (120km) south of Tokyo, as rivers burst their banks. The storm set off mudslides along a mile-long stretch of mountains.

The storm brought hurricane-force winds and torrential rain to the Tokyo metropolitan area of 30 million people at the peak of the morning rush-hour.

The operator of the Fukushima nuclear plant, Tokyo Electric Power Corp, cancelled all offshore work and secured machinery as the storm approached.

The operator, known as Tepco, has been struggling to contain radioactive leaks since a 2011 earthquake and tsunami caused extensive damage and triggered the world's worst nuclear crisis since Chernobyl in 1986.

A Tepco spokesman said Typhoon Wipha had caused no new problems at the plant, which is on the coast 130 miles (220km) north of Tokyo.

The storm dumped heavy rain that had to be pumped out of protective containers at the base of about 1,000 tanks storing radioactive water, the byproduct of a jerry-rigged cooling system designed to control wrecked reactors.

The rainwater was checked for radioactivity and released into the sea, the company spokesman said.

Wipha has been down-graded to a tropical depression.

The photo above shows a man walking near collapsed houses following a landslide caused by Typhoon Wipha on Izu Oshima island, south of Tokyo.

From The Japan Times:

On Izu Oshima Island in the Pacific about 120 km south of Tokyo, at least 13 bodies were found and around 20 people were missing after several houses collapsed amid record rainfall of 122.5 mm per hour, according to local authorities and police.

In Machida, Tokyo, a woman believed to be in her 40s died after being swept away by a swollen river, police said.

Tokyo Electric Power Co. said it took steps to deal with water inside barriers around tanks storing radioactive water at the Fukushima No. 1 nuclear plant.

All of the ceilings are one-third of the legal thresholds for the release of water into the sea.

At the tank areas where high radioactivity levels were detected, water near the tanks will be transferred to a newly build 4,000-ton makeshift tank.

With the storm now heading towards Alaska it appears further catastrophe, thankfully, has been avoided for now. 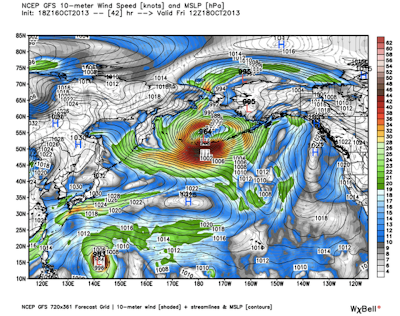 Below is some raw footage from Japan:


Please read disclaimer at bottom of blog.
Posted by Whisperer at 5:33 PM