Did MacLean's admit they were wrong? 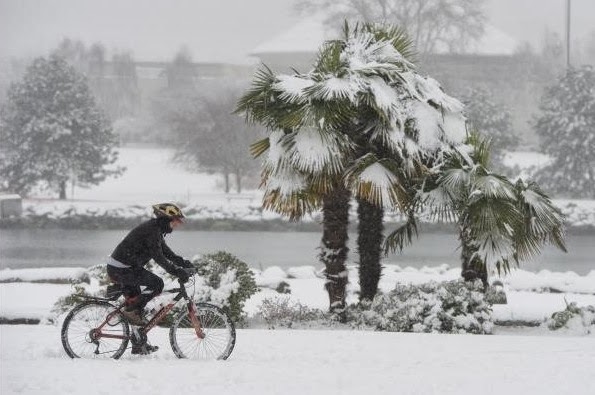 As the Sochi Olympics come to end, Vancouver finds itself bathed in snow.  Four years ago we were, like Sochi, wearing shorts and T-shirts at this time of year. Maybe we are a winter city after all?

As we turn our attention back to all matter financial and real estate, we couldn't help but notice our blog being mentioned over on Alphabet Arnie's site.

AA headlines MacLeans Admits it has been wrong?!! and he writes:

Some time ago, around early 2012 when MacLeans magazine produced an issue with a cover story featuring a skyscraper and a house on fire as if the market WAS GOING to collapse, I lambasted them in one of our local blogs, where extracts of the article were reproduced. (see Whispersfromtheedgeoftherainforest.blogspot.com). Anyways, I was trolling another local site "vancouvercondo.info when I came across this extract (in or about Jan 21, 2014), from a MacLeans reporter addressing negative market chit chat warning of a market collapse. I must say, I really relished reading this extract:

"This is a well worn theme for many Canadian reporters. Here at Maclean’s we’ve reached the same conclusion several times going back to 2008, and, admittedly, we’ve been proven fully and completely wrong."

In promoting the column on his site, AA even sent out this tweet asking others to retweet "to help inform."

Not that we wish to pour ketchup on his 'relish' or his desire to 'inform' but we think Arnie may have his timelines a little bit off.

AA believes Macleans is repudiating their 2012 cover story with that extract quote.

Umm… hate to break it to you Arnie, but the MacLean's extract is actually a quote from an article published on June 1, 2011. Far from repudiating the 2012 cover story, the extract was written almost a year before the cover story was even published (click on image to enlarge and see blue hilighted text): 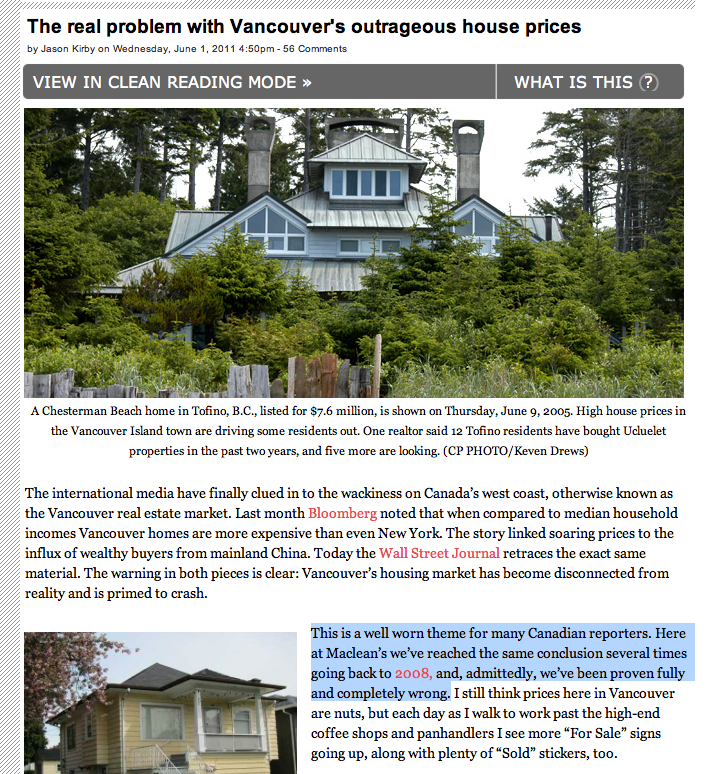 Not sure they have actually admitted they were wrong about their 2012 cover story yet.