Can you see it yet? 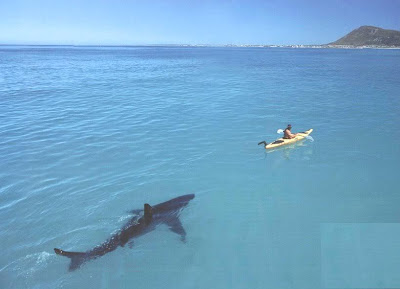 Have I mentioned that this is what the story of real estate in Vancouver will revolve around?

Garth Turner picked up on the theme last night and drew attention to some projections from TD economics which indicate that TD is expecting Bank of Canada Governor Mark Carney to raise interest rates on 11 separate occasions over the next two years, taking the BoC from its current 0.25% all the way to 3%.

Now that may not seem like such a big deal, but what are the ramifications for mortgages?

A 3% BoC rate would elevate the prime rate at the chartered banks to 5%, and have the same effect on VRMs.

At a time when listings are exploding, and 7,000 boomers a day in North America are retiring (the vast majority of whom are dependent on selling their house to fund their retirement), what does this mean?

It means one hell of a lot of people will be unable to buy their house at that price. And boomers will have to significantly lower their asking price in order to sell. With a simple raise in the BoC rate to 3%, the asking price has to come down far more than most people are going to have planned (read 'expected') to complete the sale.

So often I hear people in denial claiming, "the government won't allow that to happen."

Hate to break the news, but they will.

As Turner notes, Carney won't hold the line on rates "because it ain’t his job to run the economy or protect us from ourselves. The central bank is there to safeguard the money supply, print currency, stabilize the value of the dollar, handle the federal government accounts and, above all, corral inflation. Already the cost of living increases exceed the bank’s target, thanks in part to the housing bubble. Failure to stomp out the flames of inflation now will only lead to a forest fire requiring water-bombers and far higher interest rates a year out."

Those would be interest rates like the 21.5% kind we experienced in the early 1980s.

Carney has to raises them now, or he has to raise them significantly later. And this doesn't even figure into the equation what the bond market will do (you remember them... the element responsible for the recent two hikes in two weeks to mortgage rates?)

Either way, the real estate story has begun it's next chapter.