Silver, the Opportunity of the Decade - Part 5: The Short Squeeze 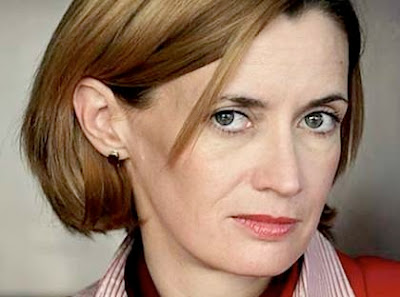 This is the 5th part of a series on Silver, The Opportunity of the Decade.

You can read Part 1: Shrinking Supply and Rising Demand here.

You can read Part 3: The Comex Silver Cartel here.

And you can read Part 4: Evidence of Gold and Silver manipulation surfaces here.

To understand what is happening with Silver, JP Morgan and their massive short position right now it is important to understand the enormous impact of the revelations from whistleblower Andrew Maguire.

Although he first approached the CFTC in November 2009, news of the allegations did not surface until March 2010 when Maguire joined up with Adrian Douglas of the GATA to go public.

The detailed revelations of exactly how the manipulation were being carried out created a firestorm of attention around what some have called "the largest fraud in history involving countries, banks and government leaders."

You can hear a detailed radio interview with Maguire conducted by King World News in March 2010 by clicking here. Maguire explains his motivation for coming forward, the details of his revelations to the CFTC and the significance of this issue to the financial system.

It's a extremely important piece to listen to. If you are interested in this topic I highly encourage you to click on the link and hear this charade explained and it's importance detailed. Later next month I will be posting excerpts.

Today we are looking at the impact on the main player behind the manipulation: JP Morgan.

The commodities division of JP Morgan is headed by a woman named Blythe Masters (pictured above). British-born Masters is one of the most powerful women on Wall Street and is widely recognised as one of an elite group dubbed the "JP Morgan mafia" that fostered the creation of the complex credit derivatives at the heart of the current crisis ripping through Wall Street.

Many of the highly qualified mathematicians and academics who worked on the credit derivatives market in the early days have gone on to run hedge funds and into high-powered jobs at other investment banks, but most of them started out at JP Morgan.

Blythe, and a team she headed, created in 1997 the credit default swaps and the credit derivatives that were intended to remove risk from companies' balance sheets. The idea was to separate the default risk on loans from the loans themselves.

Warren Buffett has publically called these derivatives "financial weapons of mass destruction". Many others blame these tools as the reason the financial system collapsed in 2008.

So despised is Masters in the financial world that the Guardian newspaper said that "if Buffett has called these derivatives 'financial weapons of mass destruction', then Blythe Masters is one of the destroyers of worlds."

And now Masters is the central figure behind the allegations of Gold and Silver price manipulation by JP Morgan.

As Maguire's allegations became public and the CFTC launched it's investigation into the activities of JP Morgan, Master's division came under stress.

Commodities trading, the target of new rules from the regulators, can be volatile and unpredictable - “a dangerous business,” as Goldman Sachs Group Inc. Chief Financial Officer David Viniar put it three years ago.

And in an August 2010 article, Masters was quoted as saying, “It is a very, very difficult thing to trade for a living. And it is very difficult to put on risk and try to generate results for the company that you work for in a difficult trading market where chitchats and loose lips and talk leads to widespread dissemination of both fact and rumor.”

Masters comments came on the heels of a series of dismissals from the firm that began on July 21, 2010.

In a Bloomberg article, an internal conference call was repored upon in which Masters sought to reassure her team after “extremely difficult” dismissals, defections and a first half in which some results were as much as 20% below expectations.

“We made a bit of a rookie error” that left the firm "vulnerable to a squeeze,” Masters said.

And it appears that 'rookie error' and resulting 'squeeze' were just the first baby steps in a plan of attack that would start to mount and grow for the fall trading period leading up to the December delivery contracts on the COMEX.

Rumours began circulating on the internet that a coordinated attack was being created, led by those who had been dismissed or resigned from Master's team.

Messages began appearing on chatboards which included this open letter and challenge to Blythe Masters:

It is an intriguing rumour.

By the actions in silver paper and physical market since September 2010, many believe there may be creedence to this.

This means that Comex dealers had only 1 million ounces of their own physical silver, even though at the same time, they reported to have around 53 million ounces in their warehouse.

Why would you borrow 3.1 million oz and pay a leasing fee if you own 53 million oz of silver yourself?

How else would you explain, silver open interest contracts (OI) jumping in period of 2 months (from mid Sep 2010 to mid Nov 2010) by over 30,000 contracts which represents around 150 million ounces of silver?

Note, that entire Comex silver inventory at that time was reported to be around 110 million ounces of physical silver (now below 105).

This is why analysts say the price of paper silver jumped in this same period of 2 months by around 45%.

So what happened with the Dec 2010 Silver Futures?

5,428 contracts stod for delivery of physical silver with owners delivered money on their trading accounts on Nov 29th 2010.

Speculation has it taht premiums were paid in a range from 10-30% for each of the clients holding these contracts.

Since some big players clearly seemed to have figured it out.

What an easy profit it is for them to just buy silver futures contracts and negotiate for premiums and pocket easy money in less than a month.

Attention then turned to the March 2011 silver futures contracts.

With the limited supplies of silver and the escalating demand for physical, JP Morgan could be put in a squeese again.

A similar pattern (albeit driving the price of silver higher and higher) is predicted for the June, Sept and Dec, 2011 delivery periods as well.

Next we will look at what did happen in the February bidding for the March delivery contracts and what lies ahead.

Posted by Whisperer at 3:56 PM