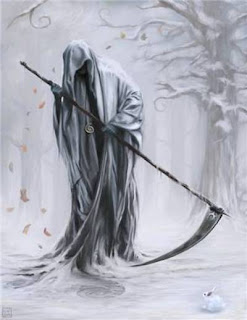 It's been an intriguing week that was for those who follow the trials and tribulations of our real estate bubble in Canada.
If you missed it, there was a stunning development last week that has rocked the industry.
In a series of interviews, Finance Minister Jim Flaherty shocked everyone in R/E by alluding to far-reaching changes to the foundation of Canada’s housing market.
And the website Canadian Mortgage Trends (CMT) had a great post which summarizes the issue.
CMT notes that for 58 years, the Canadian government has offered mortgage default insurance to qualified Canadians. The idea has been to make homeownership more accessible, which in turn bolsters the broader economy. Now, the government’s direct support of that insurance is in question as Flaherty came out and said:

“Over time, I don’t think it’s essential that a government financial institution provide mortgage insurance in Canada. I think what’s key is that mortgage insurance is available at a reasonable cost in Canada. I think there is a role to regulate but whether we, the Canadian people, have to be the owners and shareholders of a financial institution to do this is a question. I don’t think it’s essential in the long run.”

CMT observes that Flaherty, with his comments, has put the government’s support of housing finance in doubt.
CMT then goes on to defend the status quo and I'll let you check out their article at your leisure.
There was, however, a stunning statistic that caught me eye near the end of the post.
CMT notes that, according to CMHC’s stress tests, a chilling statistic is revealed. CMT observes:

"As of Q3 2011, CMHC had $17.4 billion in capital set safely aside to cover claims. In a doomsday scenario, CMHC sources have assured us that it could handle obscene prime default rates on the order of 3.00% or more."

Now... CMT hastily downplays this statistic by saying that a 3% default rate is "three times the all-time high of 1.02% in 1983, which occurred after a year when fixed mortgage rates averaged 17.89%." Hence how they come to believe a default rate of 3.00% as 'obscene'.
Somehow that's supposed to make things alright.

But there's one small problem. When mortgage rates averaged 17.89% in 1983, the average mortgage was around $40,000 - $50,000. And the most recent average homes selling in the market were going for around $100,000 (and none of them for only 5% down or an amortization more than 25 years)
Much of the debt taken on during the late 1970's was acquired during a period when rates were over 15%. People KNEW what they were getting into.  Those that had problems were those who got trapped renewing their mortgages around the time rates topped out at 22% (yes... people had to renew a mortgage at 22%!).
The real takeaway is this: A DOOMESDAY scenario today is considered a default rate on the order of 3.00% or more. And any scenario under consideration where defaults reach 3.00% is classified as so unlikely that number is called 'obscene'.
Hmmm. Allow me, faithful readers, to draw you attention to Garth Turner's blog post today., He notes that currently "there are 220 foreclosures on the market in Edmonton alone, or about 5% of active listings."
Recall a post I made recently about The Boomer Trigger. 70% of Boomer's do not have adequate funds set aside for retirement.  Their plan is to sell their bubble inflated real estate, downsize and live on the difference.
The Boomer advantage in the current stagnating Vancouver market is that if they tire of waiting for their property to sell at current bubble rates, they can dramatically slash their asking price and still realize an acceptable profit.  The Boomer Trigger post profiled one such example where a seller knocked almost $1 million off his $2.3 million asking price.  In that he probably only paid $60,000 for the house in the mid 1970s, it wasn't a problem.
The new blog, Vancouver Price Drop, profiles another example of The Boomer Trigger.
This house, at 5638 Crown Street on the west side of Vancouver, is currently for sale: 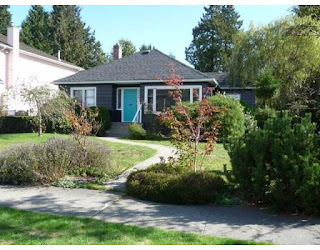 On March 09 it was listed for $2,398,000 (MLS listing V934064).
On March 13 the listing price was dropped $100,000 to $2,298,000.
On April 04 it was cut to $2,248,000, chopping another  $50,000 off the asking price.
On April 13 another $50,000 was chopped off the asking price (now $2,198,000).
On April 23rd the listing was revoked and on April 25 the house was relisted for $2,150,000 (MLS listing V945487) and another $48,000 was taken off the original March 09 asking price.
Three days ago, on April 27, the price has been reduced again. It has come down to $1,988,000, a drop so far of $410,000 from the initial asking price.
In total it's 17% off the original asking price in less than 2 months.
Now, it's clear the sellers set the price to high to start.  But the price they choose was consistent with what homes had (and 'had' is the operative word here) been selling for in the neighbourhood.
But with all the bubble collapse talk going on (combined with the over 70% increase in available listings since the start of the year), the sellers are clearly very worried.
The number of price changes in a short period of time shows their desperation (hence the reason the listing was pulled and a new listing put out... an attempt to hide the desperation).
And the fact of the matter is... they can accept a much lower price.  It's the Boomer advantage. Accepting an offer at this point that shaves another $500,000 off the asking price is not out of the question.
Meanwhile all those who bought at those lofty prices in the past year, they have just seen their 'investments' evaporate by 17%.  And this trend will only pick up steam.
Later this year, new regulations being enforced by the OFSI (the banking regulator) will require loan to value ratios (LTV) being enforced when mortgages are renewed.
If "doomsday" is only a 3% default rate, it's not hard to see the grim reaper appearing on the horizon.
Because if this trend gathers steam, the Boomer Trigger will leave a huge number of people who bought in the last 5 years massively underwater.

And they simply won't be able to renew their mortgages under an OFSI strictly enforced LTV ratio requirement.

Please read disclaimer at bottom of blog.
Posted by Whisperer at 11:11 PM