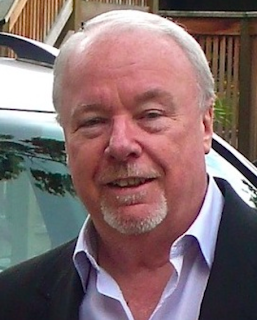 As realtor Larry Yatkowsky tells us, the press release from the Greater Vancouver Real Estate Board is all warm and fuzzy because of the August real estate numbers.


According to the Board, “August activity in the Greater Vancouver housing market finished well above last year’s pace and slightly below the 10-year average for the month.” To this is added that residential property sales in Greater Vancouver increased 52% compared to the same month in 2012. The not so fuzzy stuff is that August sales declined 14.7% from the month before and less fuzzy is that the market is still 4.6% below the 10 year average.

So the bottom line is that the market is still well below average.  So real estate isn't exactly churning along at the gang buster hype the news would have you believe.  It's just not incredibly dismal as what we've witnessed over the preceding 8 months.

That's a message that John Grasty, a real estate agent from Port Moody, would like to make clear to you.

Grasty is a real estate agent who bills himself as a 'homeowner advocate'. And he is front and centre in a 24hours newspaper article that proclaims 'Real estate numbers can deceive.

Now we all know the real estate industry are masters of the type of number crunching that would make even theoretical physicists blush, but its rare that we hear dissenting commentary from members within the industry.  And Grasty wants you to temper your reaction to the industry hype.

In the article, 24hours gives us the Industry spin that says real estate sales in Vancouver are reported to be on the upswing since last year but then throws cold water on that news by telling us those same numbers are being questioned by Grasty:

The association also released a report in August predicting residential sales to increase another 3.9% by the end of the year.

“The market is generally strengthening,” said Ogmundson. “When we look at year-to-year numbers are a little skewed because sales were so weak last year, but generally sales in the Vancouver region are improving and have been since about May.”

But Grasty says there isn’t much point to such analysis of the market.

“The only thing that counts is what happened most recently in sales to determine market value,” said Grasty. “If there’s a ton of product on the market, then chances are we’re in a buyers’ market.”

He said a major problem with the view of large markets is certain areas may not be reflected accurately. Just because homes in some areas are selling doesn’t mean the entire market is selling, he said.

“What’s happening when you average it all out is meaningless information,” said Grasty, adding that because some people take the predictions too seriously he has to burst their bubble when they list their home for too high a price.

What are you saying John, that the garbage we get from the real estate cartel is 'meaningless'? Can't say we disagree.

And as if to hammer that point home, the 24hours article ends with the perfect stereotypical quote from BC Real Estate analyst Brendon Ogmundson:

Ogmundson said it’s always a good time either for buyers or for sellers.

Of course it is. It's ALWAYS a good time to make a commission, right Brendon?