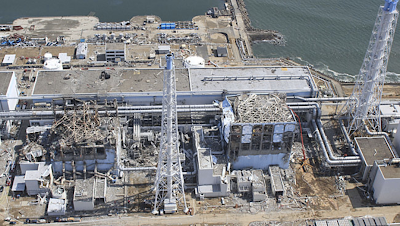 For those who follow the VW twitter feed, you know that one faithful reader (@Travel_Uruguay) has been a keen follower of the developments around the Fukushima nuclear power plant since the devastating earthquake/Tsunami of March 11, 2011.

Last week a tweet was received from TU regarding an article on the website ENENEWS, which headlined: Pro-Nuclear Expert: Typhoon collapsing Fukushima fuel pool “a very real concern — I don’t know what it is they’re doing about that” 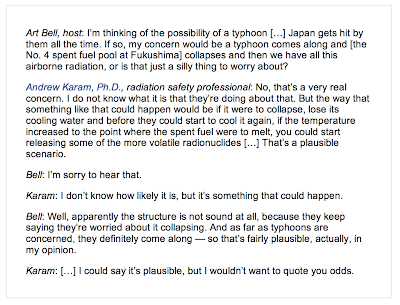 And almost as if on cue, the world is watching this morning as news organizations like Reuters report: A once-in-a-decade typhoon threatened Japan on Tuesday, disrupting travel and shipping and forcing precautions to be taken at the wrecked Fukushima nuclear power plant.

Japan is currently being assaulted by Typhoon Wipha which is moving across the Pacific straight towards the capital, Tokyo, and is expected to make landfall during the morning rush hour bringing hurricane-force winds to the metropolitan area of 30 million people.

The center of the storm was 860 km (535 miles) southwest of Tokyo at 0800 GMT, the Japan Meteorological Agency said on its website. It was moving north-northeast at 35 kph (22 mph).

The storm had weakened as it headed north over the sea but was still packing sustained winds of about 140 kph (87 mph) with gusts as high as 194 kph (120 mph), the agency said.

The agency issued warnings for Tokyo of heavy rain, flooding and gales, and advised people to be prepared to leave their homes quickly and to avoid unnecessary travel.

A spokesman for the meteorological agency said the storm was a "once in a decade event".

The typhoon is expected to sweep through northern Japan after making landfall and to pass near the crippled Fukushima nuclear power plant, on the coast 220 km (130 miles) northeast of Tokyo, later on Wednesday.

Typhoon Wipha is the strongest storm to approach eastern Japan since October 2004. That cyclone triggered floods and landslides that killed almost 100 people, forced thousands from their homes and caused billions of dollars in damage.


Please read disclaimer at bottom of blog.
Posted by Whisperer at 9:19 AM