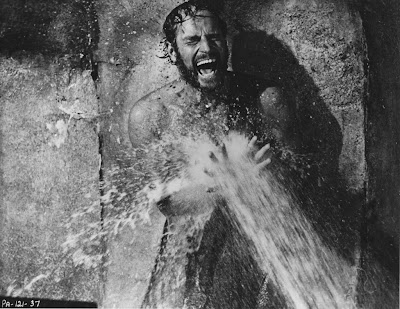 When I read this CBC story, the first thing that crossed my mind was Charleton Heston's famous line from Planet of the Apes.

Today's treatsie: this house at 3712 Prince Edward Street. Located on the east side of the City of Vancouver, it's about to be put on the market for the obscene asking price of $1.27 million. 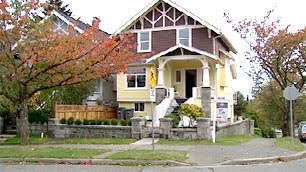 Perhaps even more astounding is the fact that, although the house won't be officially shown until today, three buyers have already offered to pay full-price without having stepped inside the building.

The photo above is from the CBC article. Here are three pictures taken from Google's new 'street view' function. Obviously when Google went by, the house was still being renovated - but the pictures give you a sense of how close the house is stacked up against it's neighbour, and how small the lot is. 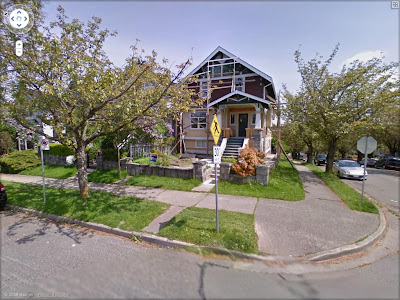 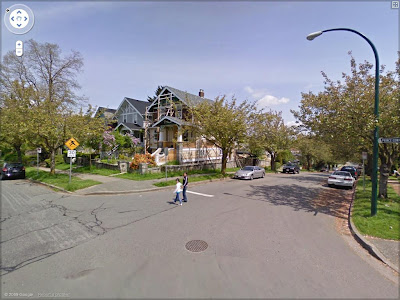 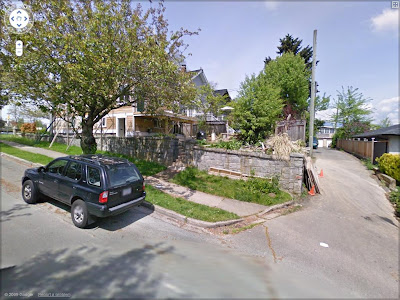 For those who don't know Vancouver, the west side is the upscale part of the city. The eastside, with it's smaller lot sizes, is considered 'less desirable'.

'Less desirable' is apparently worth a whole lot more these days. One can assume, with three offers at asking price already, we will see this little piece of heaven go for at least $1.5 million.

But then... this is the land of the million dollar crack shack, isn't it?

Please read disclaimer at bottom of blog.
Posted by Whisperer at 3:15 AM