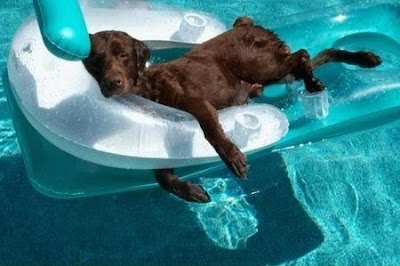 As we travel through the dog days of summer, the real estate debate is entering an interesting stage.

Real estate sales have dropped off dramatically. August will be the third consecutive month where sales totals are among the lowest in over a decade. In the case of August 2010, sales will probably be the second or third lowest in the last 15 years.

But sales totals are merely a signpost. The real measure of the market is value. Is the market collapsing in value?

So far there are minor reductions. So far others have not followed the lead of Bob Rennie with 40% reductions in asking price.

In the great bull/bear debate, the doomsayers have long called for a massive correction on par with what has been witnessed in most of the rest of the western world. My own belief is a minimum correction of 40% for houses and 50% for condos, with a correction on the line of 60/70 far more likely. But that correction won't be as immediate or as dramatic as we have seen in many places in the United States.

Mainstream media is starting to pick up on the story which has the effect of reinforcing that there is a potential downturn ahead. The end result: crucial buyer confidence evaporates.

The R/E machine has tried trotting out the P/R fluff articles which promote the 'buying opportunities' in the market. But the campaign has failed miserably. Sales continue to crater.

The dearth in sales has started to create some panic amongst realtors. A commission based professions, no sales mean no income. As we mentioned earlier this month, a colleague's condo sale only completed because both agents (representing the buyer and the seller) agreed to take a 50% reduction in their commissions. But even this drastic move is not enough and it appears there is genuine concern with some Realtors.

Around the blogosphere, significant attention has been paid to this BC realtor who posted a letter he sent to his MP on his facebook page.

In an attempt to lobby against the recent change in mortgage qualifying regulations, the Realtor notes that the market in his area is "completely dead. I have 140+ listings from new houses at $140,000 in Port Renfrew (even though it is Port Renfrew, I should be getting 100's of calls across Canada to find out where Renfrew is. Nothing). Brand new houses in Sooke, down to $299,900 from $399,900, no calls. The market has dried up all due to financing... Last month there were 300 home sales on the Lower Vancouver Island with 4700+ listings. One of the worst ratios ever."

Our Realtor friend can also see the writing on the wall for the future. Stagnating sales will lead to a severe reduction in prices and when that comes - lookout.

"I talked to 7-10 mortgage brokers and many agents while I was at the Victoria Real Estate Board golf tournament and everyone is scared. Hundreds of foreclosures coming, about 75% of the home owners could not qualify to buy their own houses (especially with suite). So what happens when their term of mortgage is up and the banks need them to re qualify? They are doomed."

Of course this sort of panic doesn't to much to inspire that all important buyer confidence. If realtors are laying out a scenario of collapsing prices and looming foreclosures, why buy?

This prompted head R/E cheerleader, Cameron Muir of the British Columbia Real Estate Association, to come out with this OpEd piece in Vancouver's two daily papers on the weekend.

Dismissing the concerns, Muir admonishes all the naysayers to "get real". Muir stresses we merely need to wait for the world economy to recover. In the meantime he hits on all the stereotypes that so many cling to in the Vancouver market. BC's population in growing (they will buy keeping demand high), the largest component of that population growth is immigration from wealthy foreigners - particularly from China (they can afford the high prices), and the worldwide downturn hasn't hit our real estate values yet so West Coast households are on relatively solid financial footings.

In other words, it's different here so don't worry.

But will our preferred destination status by wealthy migrants underpin the housing market and keep it inflated at levels that make Vancouver the most unaffordable city in North America for the people who live here?

Can a steady stream of the world's wealthy come in fast enough to replace those who live here as homeowners?

Because if sales stall and prices begin to fall, that 'solid financial foothold' will crumble like a dry cookie.

As we have already noted, this scenario will almost certainly play out when interest rates rise again. When they do, our market is going to be crushed.

But even without the rise in interest rates, our market has stalled (stats for the month will show prices are starting to fall). As our realtor friend on facebook noted, the current mortgage regulations already have a significant number of current homeowners in a bind. Their mortgages only work if calculations permit suite income.

People who live here simply can't carry their home mortgage on their own.

Thus, even with the lowest five year mortgage rates in history, the market stagnates because buyers aren't entering the market.

Meanwhile sellers, believing we will see a repeat of 2008 where financial stimulus resuscitated the market back into a buying frenzy after a 10% correction, wait and refuse to lower their selling prices significantly.

Will the market rebound in the fall? Or will the dog days of August stretch into winter and spring?

I suspect that September will drag on in the same manner as June, July and August with buyers and sellers maintaining their current viewpoints and prices continuing their slow descent.click here to listen to Laurel (magri) Archer talk about working as an escort/prostitute.
==================

Please read disclaimer at bottom of blog.
Posted by Whisperer at 1:27 PM