You have to know when to hold them... 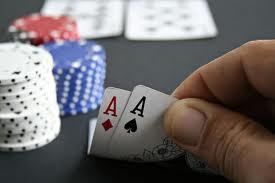 Today the 'official' July 2010 real estate sales statistics were released for both Greater Vancouver and the Fraser Valley.

And as we posted on the weekend, the picture is not pretty.

How ugly is it, you ask?

Of course the inability of the Real Estate Boards to 'anticipate' is almost considered a joke on the real estate blogs, as this post over on VREAA illuminates.

As expected, the Greater Vancouver Residential Benchmark price is down for the third consecutive month:

Sales in July fell 45% from the same month last year, and prices have fallen 2.8% since peaking in April... not quite a 'crash' by any stretch of the imagination, but the endgame is clearly afoot.

According to the Real Estate Board of Greater Vancouver (REBGV) the supply of properties for sale has increased so significantly that the decline in sales now threatens to pull prices lower, with inventory levels 33% higher than this time last year.

Is this a temporary lull or the start of a significant drop in real estate values? That, of course, is the central question being debated by the R/E bulls and bears.

Once again I feel compelled to cast an eye towards Bob Rennie, Vancouver's anointed condo king.

His stunning marketing moves to slash prices by 40% in both the Okanagan and for condos in Vancouver at the luxury Fairfield Estates serve as a bellwether.

The market is changing and he is responding by attempting to stay ahead of the curve. Either Rennie is throwing away massive potential profits or he is facilitating significant reductions in advance of a bloodbath starting in earnest.

When the 'crash' starts with 40% reductions from the market's biggest player, the prognosis in Camp Rennie can't be very bright.

A good gambler knows when to hold... and when to fold.

And Rennie does not appear to be willing to up the ante.

Please read disclaimer at bottom of blog.
Posted by Whisperer at 6:14 PM