They say things come in three's 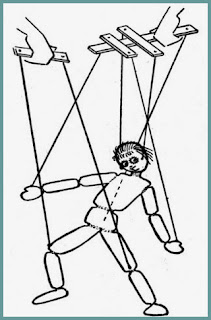 Ya gotta love watching the way a entity attempts to manipulate it's message.
First it was a Greater Vancouver Real Estate Board survey of Realtors which told us that after studying 1246 sales over the Jan-May 2011 period, the GVREB concluded that more than 80% of buyers of Vancouver Real Estate are locals and only 7.5% came from outside of Canada.
On the heels of that study came another. This time conducted by Landcor Data Corp as reported by the Financial Post.
Landcor Data Corp said it has been been tracking property tax assessment bills to pinpoint the percentage of transactions driven by foreign investors in Vancouver’s suburbs. It concludes that that while sales of Vancouver Real Estate to foreigners are prevalent in high end properties, the dollar amounts of those sales are severely skewing the average property values in Vancouver.
This prompted the Urban Futures Institute, a Vancouver research firm that worked with Landcor, to say the data proves that influence of foreign investment is not a major factor in most of the Lower Mainland. "These data contradict what seems to be largely anecdotal evidence indicating foreign investment is a significant driver to residential price increases in the Lower Mainland.”
And now, completing the troika of articles disavowing the idea that Hot Asian Money (HAM) is playing a significant role in the Vancouver Real Estate bubble, is this offering via the Globe and Mail.
The article attempts, in one paragraph, to reduce the topic of HAM to a vicious Internet rumour. Headlined "What's driving Vancouver House Prices", we are told:
The new 'reality'?
And this is the meat of the latest tactic; to discount HAM as a 'myth'. Collier's (a local real estate company) outlines how, while HAM exists, it isn't dominant:
For almost 2 years now the Real Estate industry has been keen to promote HAM, to use HAM to justify the Vancouver housing bubble, to use HAM to defend the low interest rate policy/lax mortgage rules. To use HAM to promote the setting up of Real Estate offices in mainland China to sell local R/E. To use HAM as media events promoting helicopter trips to showcase local developments to overseas buyers, etc.
They have done this while insisting that Canadians aren't really over-extending themselves with debt - by claiming that it's actually foreign investment that is making all these outlandish purchases, not Canadians.
Local blogs, who have insisted that the impact of HAM is not as signficant as many realtors have claimed and have been saying that Vancouverites are IN FACT over-extending themselves with debt, have been dismissed and marginalized.
Suddenly the tables have turned.  Suddenly we are awash in stories from the R/E industry about how HAM is not a significant factor in Vancouver Real Estate.  That the vast majority of purchases are being made by locals and not foreigners
Why do you think that is?
==================

Please read disclaimer at bottom of blog.
Posted by Whisperer at 2:57 PM