Yet another warning from Carney 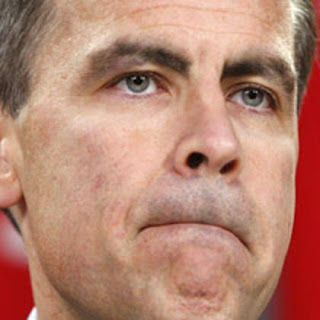 Ahhh.... our own central banker is issuing warnings again.
Dropping by the Village on the Edge of the Rainforest on Wednesday, Mark Carney chose Vancouver for a speech on housing.
How appropriate.
And what did he have to say?
The latest blatherings were a sharp warning that the housing market may be overheating. Seems his ultra-low interest rates, combined with too much optimism on the part of buyers, has been jacking up prices in places like Vancouver.
With investment in residential properties nationwide now near peak levels, Carney left little doubt that he is concerned.
Carney even singled out Vancouver saying that Asian wealth is fuelling valuations that in some cases are “extreme.”
Carney’s speech comes a day after a report from the Certified General Accountants Association of Canada showed household debt has hit $1.5-trillion.
If household debt were distributed evenly across all Canadians, the report said, a two-child household would owe an estimated $176,461, including mortgage costs.
Topping it all off was a report, that also came out on Wednesday, from Statistics Canada that showed Canadian families’ income from earnings, investments and private pensions fell 3.2% in 2009 to $63,000 – the first “significant” drop in market income since the early 1990s.
In the end it came down to Carney repeating the warnings he has been uttering for more than 18 months now as Canadian borrowers continue to binge on cheap credit,
Carney said the share of households “highly vulnerable to an adverse economic shock” has risen to its highest level in nine years.
He says borrowers and banks should "be careful."
Carney knows what the blogosphere has been saying for almost two years now: we are sitting on a powderkeg ready to implode.
In his speech Carney noted that real estate loans now make up more than 40% of Canadian banks’ assets, compared with 30%.
Our Nero-ish central banker called this “unprecedented exposure.”
Vancouver, of course,  is Ground Zero for this looming disaster with prices up an astounding 25.7% to $831,555 – more than 11 times the city’s average family income – from $661,745.
But there is no economic recovery and Carney can't raise interest rates yet.
He knows what's coming.  But after so many warnings, all the children in the Land of the Maple Leaf hear is the muffled "whaa, whaa, whaa" sound of the adults talking on the Peanuts cartoons and it becomes background noise to the oblivious.
The Financial Post had an interesting take on it, though.
Indeed. The Post even had this little tidbit:
No one knows when our bubble will burst, but Robert Kavcic, an economist at BMO Capital Markets, came out with an apt comparison given the events of this week in the NHL.
And just as the heartbreak of a Canucks loss this time around was more intense than in 1994 because the expectations were higher (we were the league's best team)... so the bursting of this bubble will be more intense than it was in 1994 because that bubble is so much bigger.
==================

Please read disclaimer at bottom of blog.
Posted by Whisperer at 3:37 AM