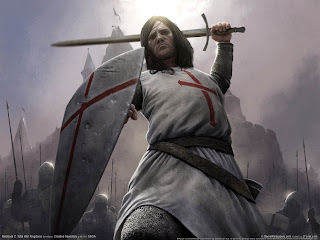 A few days ago we told you how Ozzie Jurock was advising his followers that while Vancouver's real estate prices were basically the same this December (2011) over last December (2010), Jurock gave some uncharacteristically negative analysis:
"Well, YES (Vancouver prices are the same this December over last December) ... BUT the December average price of $ 691,000 is a whopping $141,000 or a full 17% lower than the May 2011 average price, which clocked in at $834,000. In fact overall sales decreased 13% over last December but a WHOPPING 34.1% decrease over the 2,515 residential sales in December 2009. Sales of detached properties a decrease of 18.1% from the 769 detached sales recorded in December 2010, and a WHOPPING 30.2% decrease from the 902 units sold in December 2009."
BMO Capital Markets has now come out with their most recent analysis and they expect the December sales to be up 3% compared with a year ago and the average price to have gained 4%.
“Below the surface, however, the story gets a tad more interesting,” economist Robert Kavcic wrote in a report.
Kavcic noted the formerly white-hot Vancouver market is now cooling with sharply lower sales and with prices coming off their highs.
“Looking ahead to 2012, cooler housing activity should prevail as elevated household debt levels, shaky confidence and a weakened job market counter extremely low mortgage rates.”
Mortgages, however, mean revenue for the banks.
And as the battle for customers intensifies amid a drop-off in consumer borrowing, those very banks are in the process of launching a a counter offensive to combat that shaky confidence and weakened job market.
Some of Canada’s biggest banks are now advertising promotional ultra-low mortgage rates to win market share.
The Bank of Montreal began the offensive with a special discount five-year fixed rate at 2.99% for a limited time.
TD Bank responded with a four-year special fixed rate at 2.99% available until the end of February, while Royal Bank later matched that with its own four-year 2.99% rate offer, along with a seven-year special fixed rate of 3.99 per cent.
In 2008/2009, when the market weakened as the Financial Crisis began, emergency level interest rates were the market saviour.
Without the expected worldwide economic recovery taking hold yet, will interest rates even LOWER than emergency level rates be the panacea?
==================