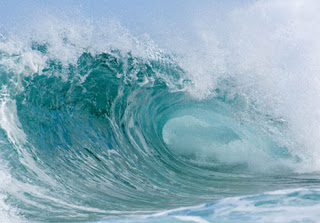 Our friends over at Vancouver Condo Info keep track of the daily R/E numbers and the emerging story is quite fascinating.
In 2011 there was not one single day where the number of new listings exceeded 400 in one day.
In January 2012 the listings have been coming fast and furious.  On Monday those listings crested that magic 400 mark as Vancouver had 428 new listings on Monday alone (with only 65 sales). For reference in 2011 the most listings on any single day in Vancouver for the month of January totalled 292 (Jan. 17, 2011).
Even in Richmond, another haven of Hot Asian Money last year, there have been 534 new listings from January 3-16 (with only 85 sales).
Where is this going?  It's still to early to tell but I suspect a lot of sellers are sure relieved to see the banks engaging in an interest rate war with each other (as noted yesterday).

Less than enthralled with the bank's interest rate war is the IMF.  As the San Francisco Chronicle notes the IMF is concerned the record low interest rates are combining with record household debt to pose a significant risk to the economy with excessive speculation.
Will these moves blow the market even higher?
Will demand be offset by a surge of sellers willing to cut prices to take advantage of a market flush with greater fools jacked on cheap money who are all to willing to inflict 'cashtration' on themselves?
Time will tell.
==================

Please read disclaimer at bottom of blog.
Posted by Whisperer at 4:30 PM