Horseshoe Bay Property Assessment: A preview of what's to come? 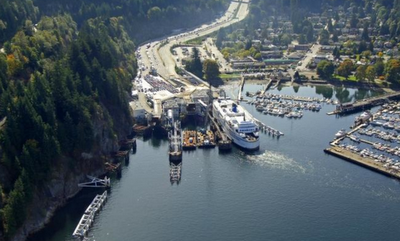 As everyone spends the day talking about the big news that Bank of Canada Governor Mark Carney is leaving the BOC to assume the top spot at the Bank of England, let's turn our attention to property assessments for a moment.

As faithful readers know, we have spent a considerable amount of time profiling local properties which are falling in value below their 2011 assessed levels. In Richmond virtually all properties that are selling, are doing so below assessed value - and significantly at that.

And shortly the new assessments will come out for 2012.

Since they will be based on the HPI and calculated based on values in July 2012, the expectation is that assesments will not change very much - certainly they won't reflect the drops we have seen since summer.

Certainly if trends continue, the drops will be significant.  How will that impact municipalities dependant on property tax income?

Perhaps we are seeing a preview of that in West Vancouver right now.

In a news item that didn't get much attention, the Vancouver Sun recently had a piece about how the assessed value of Horseshoe Bay Ferry terminal has been slashed from $47 million to $20.

The District of West Vancouver is heading to court to fight a recent decision that slashed the assessed value of BC Ferries’ Horseshoe Bay ferry terminal to just $20 from more than $47 million.


The decision, made after BC Ferries argued the property was worthless because it’s restricted to use as a ferry terminal, could set a precedent for other assessing terminals such as Tsawwassen, Swartz Bay or Departure Bay.

The Horseshoe Bay dispute revolves around two parcels of land at the ferry terminal leased from the province, which had been valued at a total of $47.7 million.

But this year, BC Ferries decided to appeal its assessment.

The BC Assessment Board's ruling to change the assessed value was largely based on a Newfoundland Supreme Court Case that pitted the town of Gander against the Gander International Airport. In that case, a parcel of land was found to have no value except as part of the airport. In that case, the appeal board ruled the port property could only be valued according to the restricted use imposed by the lease from the federal government.

Hence the change at Horseshoe Bay.

The take away that is important here (beyond the impact that the decision could have at other limited use facilities) is on realizing the amount of revenue loss faced by the City of West Vancouver in property taxes by just one property that has dropped significantly in 'assessed value.'

The decision essentially strips the municipality of about $250,000 of anticipated property taxes in 2013, meaning a possible two-per-cent increase in property taxes for homeowners.

“It’s a significant loss of revenue,” said Smith. The board’s decision is retroactive, meaning the district will be required to repay approximately $750,000 in property taxes it collected on the parcels going back to 2010.

Think about that. One single property in West Vancouver drops in value and it costs the municipality $250,000 in property taxes next year. While no one is suggesting all properties would drop 99% in value, imagine if the entire City sees every single property drop 10%, 20%, 30% or more in value?

According to BC Assessment, $6.2 billion in property taxes is collected across the entire province of British Columbia based on these valuations.

Any drop will impact municipalities profoundly.

The impact has the potential to cost municipalities hundreds of millions of dollars.

For those that think a collapse in the housing bubble won't effect every single one of us, think again.

There are some very rocky times ahead.


Please read disclaimer at bottom of blog.
Posted by Whisperer at 11:01 AM