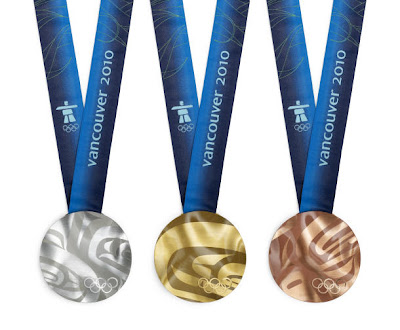 Still sorting through pictures from the Olympic Games for you.

One of the most popular Pavillions of the Games was the one put together by the Royal Canadian Mint.

The main attraction for this Pavillion was the fact that, as makers of the Olympic Medals, the Mint had those medals on display.

And not only were the medals on public display, but for the first time in Games history the public could physically handle and touch the Olympic Medals.

As a result the RC Mint Pavillion had daily lineups of 6-8 hours long and was one of the most sought out locals. 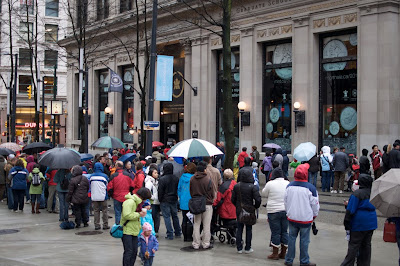 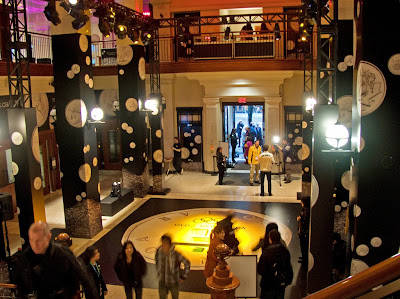 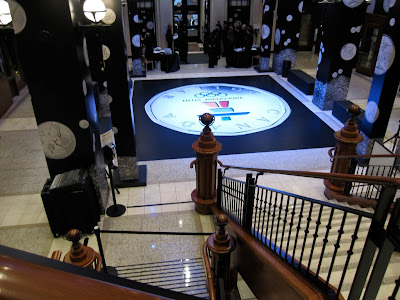 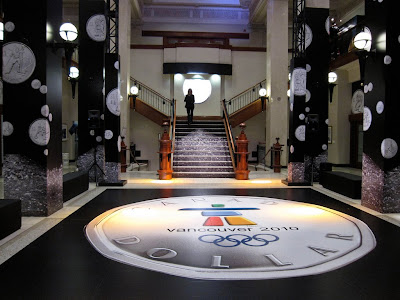 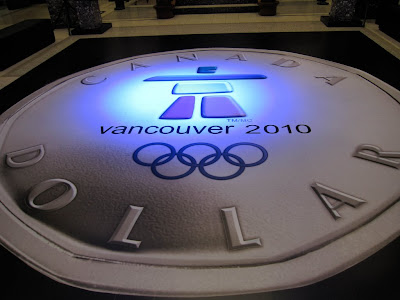 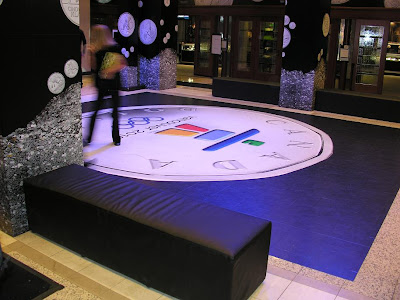 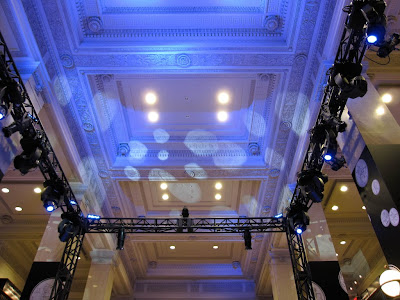 Each medal is unique in that the front of the medal contains a portion of these designs. If the Canadian hockey teams held their gold medals together, you would actually be able to see this pattern form... 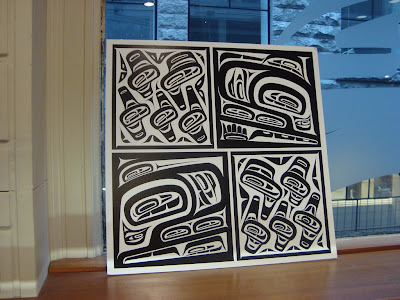 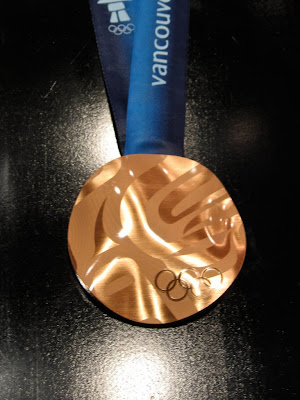 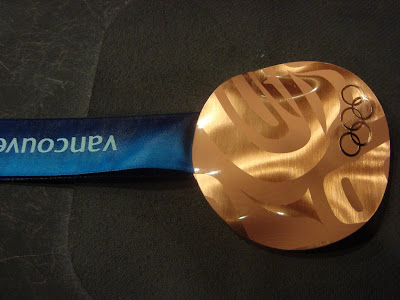 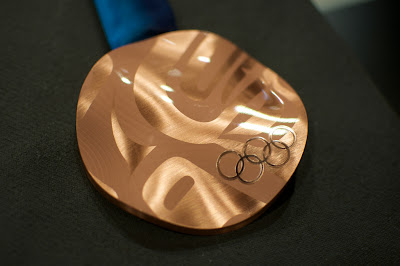 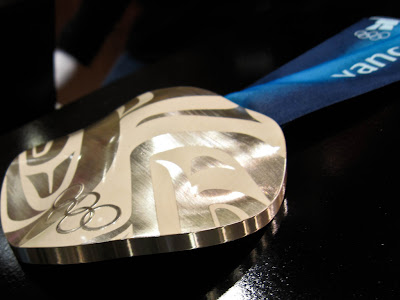 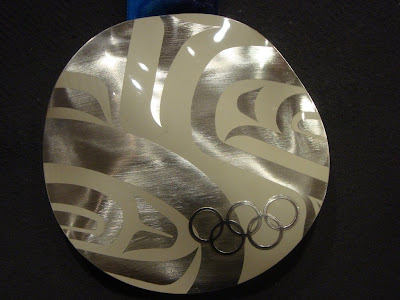 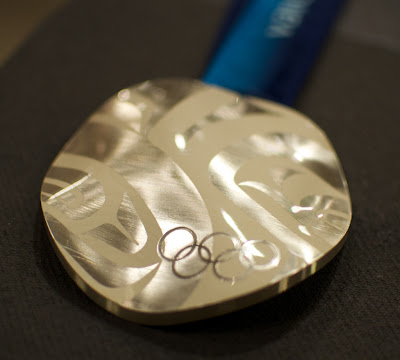 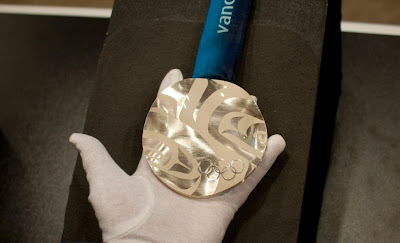 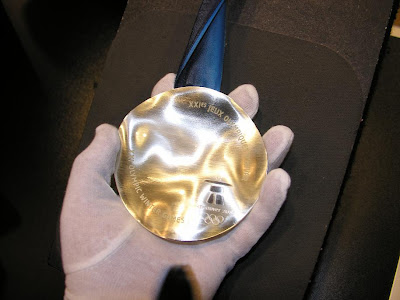 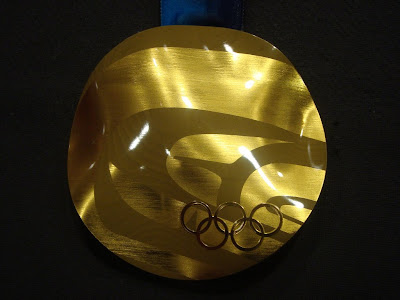 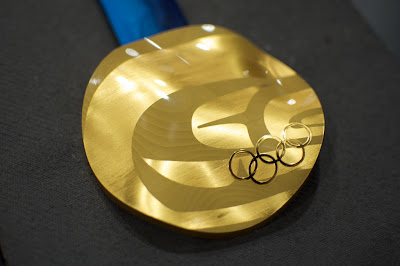 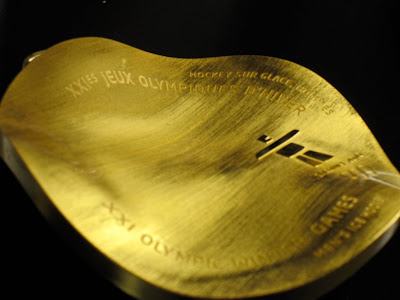 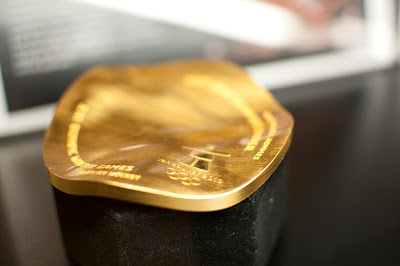 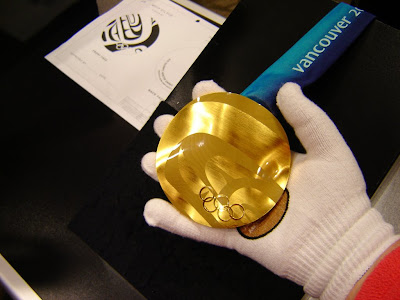 Three medals on display but not for touching 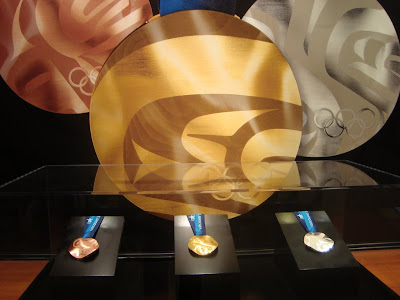 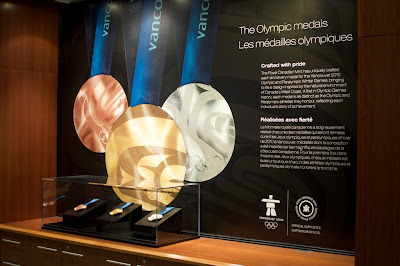 Also on display was this huge gold coin put out by the Mint a couple of years ago.

The coin was conceived as a showpiece to promote the RCM's new line of 99.999 percent pure, one-ounce gold maple leaf bullion coins... 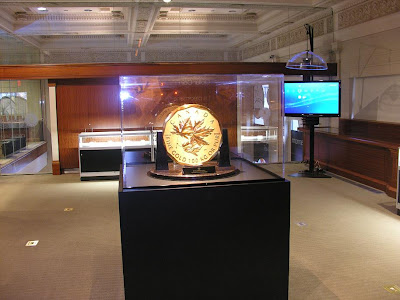 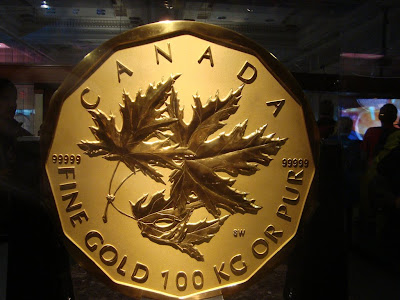 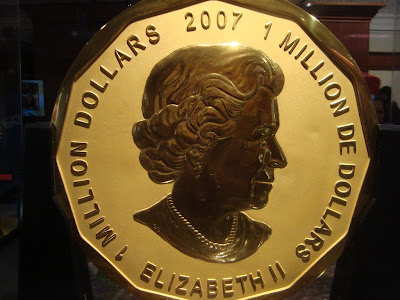 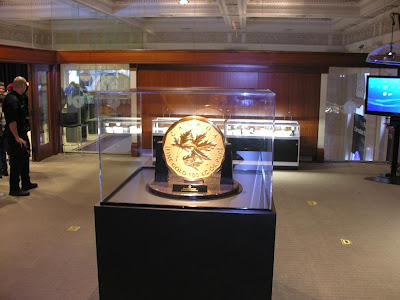 Posted by Whisperer at 7:57 AM

Email ThisBlogThis!Share to TwitterShare to FacebookShare to Pinterest
Labels: Olympics