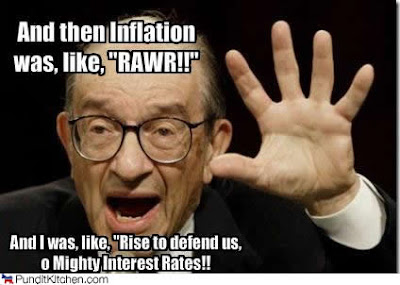 Sorry for the lack of posts recently. Tax week combined with other matters have kept me busy.

Sovereign debt remains front and center on the world stage and the concern is gaining momentum.

As I have stated over and over again, we still do not fully understand the depth and breadth of the financial earthquake that rocked our financial system in 2008.

Even now, a year and a half later, we still do not realize it's significance.

It has been downplayed so much that the average person is completely oblivious in Canada to what is going on.

I note with keen interest that there were another 7 bank failure in the US on the most recent 'Bank Failure Friday'. And despite the almost complete lack of press coverage, last week's losses were extremely serious. They were the largest in any single week since the failure of IndyMac Bank on July 11, 2008.

IndyMac had assets of about $32 billion and deposits of $19 billion. Its failure cost the FDIC an estimated $8 billion.

The seven banks that failed this week had combined assets of about $25.8 billion and deposits of $19.6 billion. These failures cost the FDIC an estimated $7.33 billion.

Prior to this week, the FDIC’s estimated losses from 57 bank failures in 2010 stood at about $8.6 billion. This week’s failures practically doubled that figure, to $15.93 billion.

According to an AP article posted Friday, the FDIC’s deposit insurance fund “fell into the red last year, hitting a $20.9 billion deficit as of [Dec. 31, 2009].” With this year’s losses, the fund’s deficit has grown to at least $36.8 billion. In addition, the FDIC has a huge exposure for worse-than-expected losses on some $165 billion of assets taken over by acquiring banks.

That pretty much wipes out the $45 billion the FDIC announced it was going to raise by requiring banks to pre-pay premiums for the period, 2010 through 2012. Obligations of the FDIC will soon become obligations of the U.S. taxpayer, adding billions of dollars each year to already out-of-control federal deficits.

Speaking of out of control sovereign debt, I notice that Warren Buffett has finally broken his 'everything will be alright' facade and is now acknowledging what is coming.

From the article: "The financial crisis was stemmed by massive monetary and fiscal intervention in developed economies like the U.S. and the U.K. That's shifted a private-sector debt mountain on to governments, increasing concern about sovereign risks. One concern is that governments will print lots of new money to pay debts, undermining the value of currencies and triggering a damaging bout of inflation. 'Events in the world over the last few years make me more bearish on all currencies in terms of holding their value over time,' Buffett said."

Interest rates and inflation: the watch words of the next 10 - 15 years.

Please read disclaimer at bottom of blog.
Posted by Whisperer at 7:51 AM