To plunge or not to plunge? 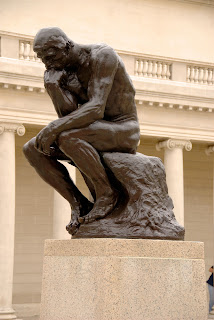 Will Canadian Real Estate plunge dramatically over the next few years or not?
Recently Garth Turner opined:


"Most commentors decry my estimate of a coming 15% reduction in the national average, followed by a lengthy period of real estate decline. They want bloody intestines. They want it now. Phoenix is their idea of a good market (prices off up to 80% in some hoods). They relish the thought of screaming Boomers in white golf shoes clinging to a shard of granite c-top while a front-end loader turns their McMansion into landfill. As appealing as that may be, it won’t happen here... What took years to swell will take as long to contract. Remember, the US housing market peaked in the last few months of 2005, and is still correcting more than six years later

It seems many of our delusional visitors have no idea what 15% means. First, this average number would translate into a 0% change in, say, La Broquerie or Chicoutimi (or Fredericton and Thunder Bay), but something closer to 20% in Brampton and 30% in Surrey. Given local conditions, there’d even be individual neighbourhoods exceeding that. As for a comparison with US prices, it’s simply a myth they have plunged 50% across the country."

Turner's excellent post on the issue can be read here.

On the other end of the spectrum is this article by Seeking Alpha titled: Phoenix Phenomenon: Why Real Estate Everywhere Will Eventually Drop Over 50%.

"In cities like Atlanta, Detroit, Las Vegas, Minneapolis, Orlando, Phoenix, and Tampa-St. Petersburg, housing prices have fallen sharply and had lost more than half of their value in many neighborhoods... The question is whether (these) cities are the exception to the rule, or simply experienced their pullbacks earlier than most other places. In other words, is Orlando the anomaly, or will most of the remainder of the United States, Canada, Australia, China, Brazil, and the rest of the world eventually behave like Orlando?"

Personally I'm willing to bet Vancouver will write it's own story and that the story - ultimately - will be just as horrific as Pheonix or Orlando.