Fri Post #1: Vancouver Sun - 'We’ve been down this path before' 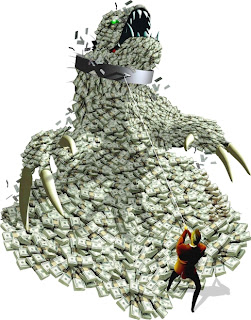 Frank Giustra is a Vancouver business executive with interests in the mining and filmmaking industries, and a noted philanthropist.
Yesterday, in the Vancouver Sun, he had an OpEd piece about the massive bailout in Europe this week.
That sentiments like his are now appearing in the mainstream media demonstrate the turning tide for public opinion on precious metals.
For your consideration...
= = = = = = = = = = = = = = = = = =
We’ve been down this path before
As civilizations mature, they tend to make the same mistakes. We are in the middle of one of those mistakes right now
The type of economic restructuring both America and Europe need is so difficult and painful that, even if the current political systems were functioning, it would still take many years and the kind of courage and sacrifice that does not seem to exist.