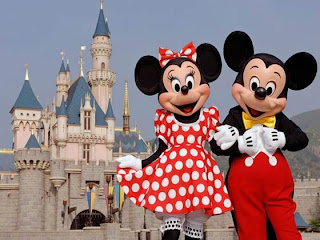 David Watt is president of the Real Estate Board of Greater Vancouver (REBGV). He just issued a press release on sales statistics for the month ending January 2009.

Watt reported that sales of detached, attached and apartment properties declined 58.1 per cent in January 2009 to 762 from the 1,819 sales recorded in January 2008.

On their own, detached properties declined 54.4 per cent to 292 from the 641 detached sales recorded during the same period in 2008.

This bleak news has been followed up by a report from the British Columbia Real Estate Association that cites damning world wide economic conditions and a prediction that home values can be expected to fall by an additional 13% in 2009.

In plain language, this means you can expect the value of a home in Vancouver to collapse at a rate of over $7,000 per month for each and every month for the year 2009 (based on the current Benchmark price for detached homes).

Other analysts are calling for a steeper rate of decline and additional declines beyond that... all due to our faltering economy.

Should potential buyers worry they might 'catch a falling knife' if they buy a house right now?

Mr. Watt doesn't think so. In that same press release he goes on to advise potential buyers that, “Home sales and consumer confidence are at a low point at the moment, but the long-term strength and security of our housing market are beyond the reach of the economic clouds of today.”

Never mind that Real Estate sales volumes have collapsed, even though we are just months away from hosting the Olympic Games, even though mortgage rates have tumbled and even when the average home is now more than $122,000 cheaper. Never mind the negative momentum is clearly growing stronger.

Mr. Watt dismisses all of this saying, “Today’s short-term conditions are creating long-term opportunities. Buying opportunities have not been this strong in a decade, with low interest rates, broad selection and more affordable prices.”

Both the BC and Canadian economy are in dire straits.

Today we learned that the auto industry suffered a miserable January. Ford US sales plunge 40 pct., Toyota down 32 pct. and GM's Sales were so bad the odds bankruptcy have become almost a sure thing.

California, one of BC's largest trading partners, started issuing IOU (I-owe-you) vouchers instead of cheques on Monday as an ongoing budget battle and a $42-billion deficit left the state without enough cash to meet its commitments. State comptroller John Ching has warned that the state could completely run out of cash by the end of this month if a solution is not found. On Friday, tens of thousands of state workers will begin taking two days a month of forced leave without pay and a representative for the state's Department of Finance said checks were not being issued for Cal Grant college scholarships, county social services and the California Highway Patrol.

We also learned that the amount of vacant office sublease space in Vancouver has soared as businesses downsized and restructured due to the economic downturn, that Canadian Credit Card delinquencies are on a dramatic rise, and that the HSBC Celebration of Light has been cancelled this year because of the economic downturn... a move which will hurt downtown business severly this summer.

Despite all this, Mr. Watt says that this is a great time to saddle yourself with a mountain of debt and that any substantial housing purchase you make right now is beyond the reach of these economic woes.

The only question I have is... Where does David Watt actually live?

In Vancouver? Or in Disneyland?

Send your comments via email to village_whisperer@live.ca