Is Inflation coming... or is it already here? 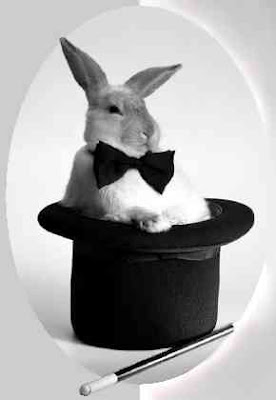 Ever have one of those impossible debates about hockey players in different eras?

The hypothetical question usually goes something like this: "Who was better, Cyclone Taylor or Guy Lafleur?"

You can't truly answer that, of course. When Cyclone Taylor was at the top of his game and winning Vancouver's only Stanley Cup in 1914, hockey was a completely different game. There was no forward passing allowed, there was no centre red line and no bluelines. Players wore long, unrockered skates, equipment cumbersome and awkward, and the ice surface was not cleaned between periods... meaning the surface was snowbound and slow throught the game.

Comparing eras is almost impossible unless you make today's players perform under the same conditions.

Curiously... the same can be said about comparing inflation today with inflation in the 1970s.

The average annual inflation rate from 1900 to 1970 was approximately 2.5%. From 1970, however, the average rate hit about 6% - a level which set off serious alarm bells. Conditions worsened and topped out at 13.3% by 1979. This period is also known for "stagflation", a phenomenon in which inflation and unemployment steadily increased, therefore leading to double-digit interest rates that rose to unprecedented levels (above 12% per year). The prime rate hit 21.5% in December 1980, the highest in history.

As we posted two days ago, inflation is currently "as dead as the Wicked Witch of the West in a waterfall. The consumer price index has actually fallen 1.3% in the past 12 months," at least according to official government statistics.

Kinda hard to believe you if drive a car and fill it with gas. I mean, seriously, we've watched gas go from 79 cents a litre to $1.14 in the last six months. Where the hell do they get off saying prices are falling?

Well, low and behold... I stumbled across an interesting analytical report yesterday. "Inflation, Money Supply, GDP, Unemployment and the Dollar" is a great paper published by John Williams at shadowstats.com (an excellent government statistical analysis site).

Did you know that prior to the mid 1980s, inflation in the Consumer Price Index was calculated as a measurement of the change in prices of things that you buy?

I know... that's sort of one of those 'duhhhh' statements. But apparently that's not the way it's done now.

The US Federal Reserve Chairman Allan Greenspan and Michael Boskin came up with a "hedonic" measurement of inflation that now has the US Federal Reserve focusing on "core" inflation. That's a method of calculating the CPI so that it strips energy and food from the consumer price index (CPI). The reason? Because they're theoretically subject to short-term volatility.

The result is that it makes inflation seem smaller than it is, or at least smaller than we feel it to be. Remember that when your carton of milk - that was 12% cheaper last year - gets swiped across the grocery store scanner, beeping ominously like a tiny alarm bell.

So here's a question for you. How does that ominously low inflation rate of negative 1.3% compare with a Consumer Price Index calculation using the formula in place in the 1970s?

It shows inflation in prices is running today at about 6%.

What a stunning difference. It's also a horrendous rate, a rate which triggered all sorts of alarm bells in the mid 1970s.

The fact of the matter is... Inflation in consumer prices has already started. It's here.

And as bad as that is, the really bad news is that measuring unemployment the correct way (ie. the way it was done in the 1970s vs. the modified formula now used) shows that the US unemployment rate has actually shot past the 20% mark!

One out of five Americans is unemployed!

The change in data calculation is the same type of change the US Treasury made a few months back to the way banks record their bad debts (a process now called 'mark to market').

That process is being maligned as hiding toxic debt in order to make banks look more palatable.

It is no different with the Consumer Price Index and the Unemployment Rate calculations.

Level the playing field and we discover we are are much further along the road to repeating the worst of the 1970s Inflation/Stagflation conditions than most people realize.

Fred Kaifosh (B.Sc., M.Sc.,M.B.A) in his analyis of the Consumer Price Index controversy says, "investors could use the official CPI numbers, accepting the government reported figures at face value. Alternatively, investors are faced with choosing either Williams' or Ranson's alternate measure of inflation, implicitly accepting the argument that the officially reported figures are bogus. Therefore, it is up to investors to become informed on the topic and take their own stance in the issue."

I couldn't have said it better myself.