A significant day of reckoning is coming. 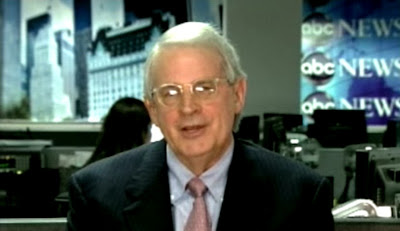 If you ever have any doubts about what looms on the horizon in the months ahead for Vancouver Real Estate (in general) and the North America economy (in particular), bookmark today's post and refer back to it.

Last week, after the U.S. debt panel failed to agree on measures to create more than $4 trillion in budget cuts over the next 10 years, BNN spoke to David Stockman, the former Director of the U.S. Office of Management and Budget under President Ronald Reagan.

If there ever was a proponent of the current measures to repair the American economy, you would figure an architect of Reagan's trickle down economics would be it.

Stockman spoke about the American situation and where America goes from here. He has a stark analysis of his country's situation.

You will not find a more succinct and insightful analysis of the current economic situation in 12 minutes anywhere. Click here to see the interview, and I highly encourage you to watch the full clip before it cycles off BNN's archive list.

You will have no doubt, after watching this, about the direction that the economy will ultimately follow.

A couple of quickly transcribed excerpts:

Stockman goes on the suggest both the Democrats and Republicans are completely unable to grapple with the breadth and depth of cuts that are needed combined with the massive amount of taxes that have to be increased. As a result America is...

Stockman then discounts those who believe the Reagan era of 'trickle down economics' is a solution to the current problem.

The most chilling part is Stockman's assertion that the bond market is going to force America's hand before long.

As I said yesterday, this is EXACTLY the fear expressed by former US Federal Reserve Chairman Alan Greenspan.

We are seeing the effects of what happens when the bond market does this. Just look at Ireland, Iceland, Spain, Portugal and Greece.

Are you ready for double digit interest rates yet? They're coming.

Of course naysayers will simply dismiss this as yet another post from a disgruntled bear blogger fearmongering about interest rates.

Hey... speaking of fearmongering about interest rates, Bank of Canada Governor Mark Carney sent out another warning to Canadians yesterday.

In the December issue of its Financial System Review, the Bank of Canada warned Thursday that the risk of another global economic shock is rising and Canadians may not be prepared for it.

And in a veiled hint that the Bank of Canada won't shield Canadians they way they did after the 2008 crisis, the Bank said "Canadians won't be spared another shock because during the current period of tough economic times, they have continued to take on debt."

How can that be, Mr. Carney? How could be possibly suffer? I mean... you will slash interest rates to dirt so the impact won't be felt, right?

Hiking interest rates come May? Is this why Carney issues another direct warning to Canadians by saying:

Umm... why do you say that Mark? Are you getting ready to hand us debt serfs out to dry?

What about our 'sound Canadian banks', if I can't pay my debts, won't that hurt them?

Well it seems the BOC goes to great lengths to warn that the potential for harm to our 'sound banks' this time around might be severe.

Carney suggests that high household debt this time around is going to get kicked by high interest rates. This will affect Canada's banks 'as borrowers lose their ability to make debt payments.'

Now why would Carney hike interest rates this time around when he didn't in the last crisis?

The source of the problems all stem from from other countries, the bank said.

(Ahhh... time to start connecting the dots... see Stockman's comments above re: bond vigilantes wrath being unleashed on the United States)

The BOC forsee's the very real possiblity of a global trade war. It also foresee's the looming threat of much higher interest rates.

Carney see's them coming. He's warned you time after time and given you almost a year's advance warning.

Re/Max was far more effective in manipulating the P/R machine two days ago and got far more coverage in the press to convinced you that Real Estate everywhere in Canada can only go up, up up (at least 10% next year) and that interest rates are going to stay low for a while.

Thus, if you are smart, it should be easy to dump your massively leveraged real estate on some simpleton or wealthy Asian and prepare for what's coming.

Speaking of what's coming, did you catch this Globe and Mail article profiling the musings of Stephen Jarislowsky, billionaire investor and CEO of Montreal-based Jarislowsky Fraser Ltd?

Jarislowsky offered his thoughts on the next lurking financial disaster.

You can either connect the dots or you can dismiss Stockman, Carney and Jarislowsky et al as wanker renters who live in their parents basements while hiding behind their computers to dump on real estate investors.

If you do dismiss them, tho, don't say you weren't warned.

And remember... buy now or be priced out forever!

Email ThisBlogThis!Share to TwitterShare to FacebookShare to Pinterest
Labels: Bank of Canada, Carney warning, David Stockman, Monetizing the US Debt, US Debt, US economic stimulus, US Economy