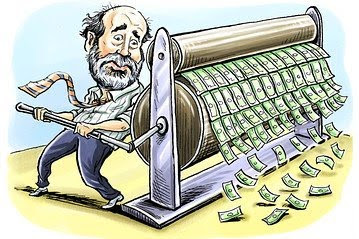 Faithful readers know I continually refer to the 2008 finanicial crisis as an earthquake whose depth and breadth we still do not fully understand nor appreciate.

What is happening in Europe with the PIIGS (Portugal, Ireland, Italy, Greece and Spain) is not a 2010 issue. It's a continuation of the 2008 financial crisis.

And this week as the contagion spreads from Ireland to Italy, the main story is how the EU-IMF rescue plan for Ireland has failed to restore to confidence in the eurozone debt markets, leading instead to a dramatic surge in bond yields across half the currency bloc.

Spreads on Italian and Belgian bonds jumped to a post-EMU high as the sell-off moved beyond the battered trio of Ireland, Portugal, and Spain, raising concerns that the crisis could start to turn systemic. It was the worst single day in Mediterranean markets since the launch of monetary union.

"The crisis is intensifying and worsening," said Nick Matthews, a credit expert at RBS. "Bond purchases by the European Central Bank are the only anti-contagion weapon left. It needs to act much more aggressively."

And by 'bond Purchases' he means Quantative Easing, aka printing money.

So this crisis continues to unfold despite Herculean rescues by the European Union, the International Monetary Fund and the U.S. Federal Reserve.

Which is why, after a savage attack at options experation time last week, gold and silver have started their march upward again.

Clearly the debt crisis is accelerating and the bailouts aren't working.

And this issue is only going to intensify.

For 2011, the Bank for International Settlements estimates that Portugal’s and Spain’s government debts will be 99% and 78% of GDP, respectively.

But for the same year, U.S. government debts will be 91% of GDP.

By this measure America’s debt burden is similar to Portugal’s and bigger than Spain’s.

Of course the main difference is that the US dollar is the world’s reserve currency and that gives Washington the ability to print money with impunity … press other rich countries to accept its debts … and borrow huge amounts abroad to finance its deficits.

The flight to gold and silver is only going to intensify as both Europe and America massively increase the money supply to battle this crisis.

Can you see the opportunities?

Please read disclaimer at bottom of blog.
Posted by Whisperer at 7:07 AM