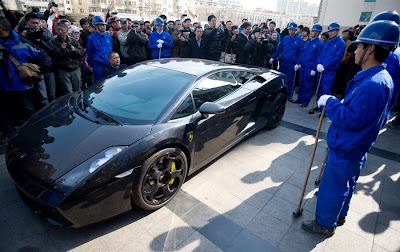 Is there any doubt China is in a bubble? (click on all images to enlarge)

As we have mentioned in the past China has pumped more money into their economy, on a per capita basis, than has the United States. To anyone who lives in the Village on the Edge of the Rainforest, the physical manifestation plays out in outlandish real estate purchases on the West Side of Vancouver and in the suburb community of Richmond as homes sell, in some cases, for more than $500,000 over asking price.

How crazy is this liquidity?

Check out this MSNBC story about a Lamborghini owner in China who hired a crew on World Consumer Rights Day to smash his $289,000 Lamborghini Gallardo L140 in protest after allegedly having a dispute with the company over maintenance and engine issues. 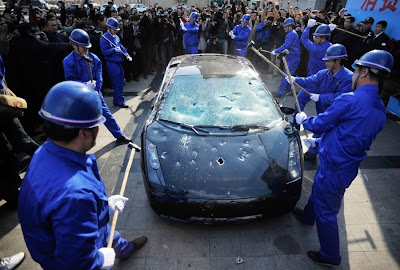 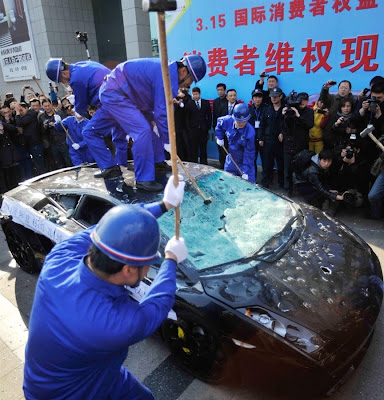 The protest was made to provoke public support and goad the manufacturer to respect his 'consumer rights'.

Such is the extent of liquidty pumping in China that a credit billionaire could care less about a $289,000 Lamborghini Gallardo in the pursuit of making a point.

Is there any doubt that this is not going to end well?

Please read disclaimer at bottom of blog.
Posted by Whisperer at 3:29 PM