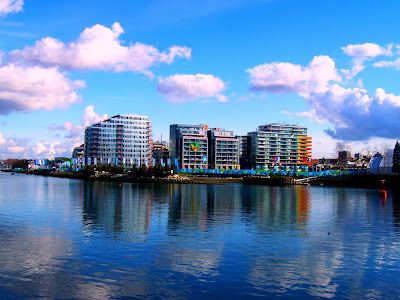 CBC news has quite the story tonight with stunning visuals of Olympic Village condo owners who have leaks and shoddy construction throughout their units. CBC online covered it this way.

A total of 62 condominium owners at five different buildings in the former Vancouver Olympic Village are suing the City of Vancouver, claiming their units are poorly built and badly designed.

According to CBC-TV, "Lawyers say so many people wanting out of so many buildings all at the same time is a first for Vancouver Real Estate."

Lawyer George MacIntosh, representing Village on False Creek (new name for the Olympic Village) marketer Bob Rennie, countered by sayinig he just received the legal documents Wednesday and has yet to study the case. But MacIntosh said he suspects the recent price reductions on unsold condos may have something to do with the civil suit.

On average, 30% discounts were offered in a new marketing campaign that was launched last month and the assertion is that the wave of complaints are simply disgruntled owners who bought earlier and who want the discounts too.

However if you saw the visuals on the news tonight... we'll... let's just say no prospective buyer would be interested based on what they saw tonight.

If ever there were a marketing nightmare... this was it.

Hopefully we can get a link to the CBC-TV story for you shortly.

Please read disclaimer at bottom of blog.
Posted by Whisperer at 6:18 PM