A Trillion dollars a year... 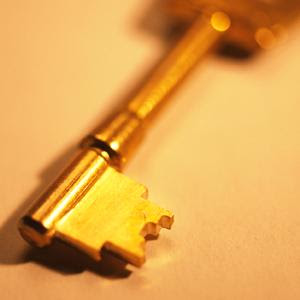 Some people ask why I focus so much on Silver when I primarily write about Real Estate.

For years Real Estate represented a great opportunity. Some would call it the trade of the last decade.

But the sun is setting on those days. And while the City of Vancouver (and its immediate suburbs) continue to witness a frenetic pace of home sales and consequent price rises, it is end stage of our great housing bubble.

Vancouver stands in stark contrast to the real estate markets of the Fraser Valley, Chilliwack, Okanagan, Northern Interior, and everywhere else in British Columbia.

People ask, "if not Real Estate, then what to invest in?"

Hence my emphasis on Silver, which you are well aware is what I consider the 'opportunity of the decade'.

The story of the decade is going to be inflation and debt, especially the debt of the United States (which holds the world reserve currency).

Grasp, if you can, the enormity of that statement.

Yesterday the Associated Press reported that the Republican-controlled House is on course to pass legislation cutting federal spending by $4 billion and averting a government shutdown for two weeks. And Senate Democrats say they will go along. Republicans want to slash more than $60 billion from agency budgets over the coming months as a down payment on larger reductions later in the year, but are settling for just $4 billion in especially easy cuts as the price for the two-week stopgap bill.

Let's look at that again, the politicians are having a knock down, drag-em-out fight over $60 Billion?

Does this pass as meaningful budget reform?

There is still $940 Billion in budget cuts required to prevent the deficit from growing. Then there's cuts to deal with the interest on the debt each year... and that's just to keep the debt from growing, it doesn't even begin to pay down that debt!

US Federal Reserve Chairman Bernanke responded to Senator questions yesterday by saying, “You want to make sure the debt is paid, interest is paid, and meaningful budget reform is highly desirable. I’m just concerned that there could be a significant probability that we would not raise the debt limit, and that would cause real chaos... This is money we’ve already borrowed. These are commitments we’ve already made to contractors, to senior citizens and so on...”

Almost all US States are insolvent, as are many US cities and municipalities.

There will only be one way the US Federal Reserve will deal with the looming problems. QE 3, 4 and 5 are a certainty.

Which means the flight into Gold and Silver is only just starting.

I can't say the same for Real Estate.

Meanwhile there was a fascinating comment made by the man many are now calling the ChairSatan (Ben Bernanke). As noted in an article in the Wall Street Journal, Bernanke was pushing back at the idea that policy makers should consider alternative proposals like the gold standard.

Bernanke said a return to the gold standard wouldn't work.

"It did deliver price stability over very long periods of time, but over shorter periods of time it caused wide swings in prices related to changes in demand or supply of gold. So I don't think it's a panacea," Bernanke said.

Additionally, Bernanke said there were a number of practical issues that would prevent the return of gold as the world standard. Namely, there's not enough gold in the world to effectively support the U.S. money supply.

The writer of the WSJ article then made the point that so many investors are already keenly of.

10's of times higher would be an understatement.

Please read disclaimer at bottom of blog.
Posted by Whisperer at 1:14 PM

Email ThisBlogThis!Share to TwitterShare to FacebookShare to Pinterest
Labels: Debt, US Debt, US Debt Ceiling