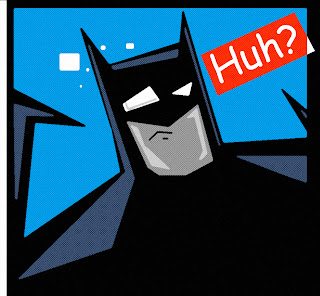 Last Sunday's post was titled 'What's Wrong Here'.
Juxtaposed against a Global TV news story about Vancouver home prices being the most expensive in the English speaking world when compared to the income we make (the cause of which is attributed to the infamous Hot Asian Money - HAM - whereby wealthy Asian foreigners drive up local real estate prices with their Tsunami of purchases in the Village on the Edge of the Rainforest) was a survey from local realtor Larry Yatkowsky showing that only 7.5% of buyers of Vancouver real estate are wealthy foreigners from outside of Canada.
Curiously, only days later, a Financial Post story recounts the results of study by Landcor Data Corp.
Landcor says it has been tracking property tax assessment bills to pinpoint the percentage of transactions driven by foreign investors in Vancouver’s suburbs.
Out of the 55,512 sales in 2010 only 195 were to people outside of Canada. Foreign investors only own 0.5% of the total housing stock of 774,600 residential properties in the Lower Mainland.
Interestingly... sales to foreigners are prevalent in high end properties, the dollar amounts of which are said to be severely skewing the average property values in Vancouver.
In 2008, there were 69 sales of homes priced at $3-million or more, the most expensive $10.5-million, and 46% were purchased by Chinese buyers. By 2010, there were 164 sales in the same category, the highest-priced being $17.5-million, and 74% went to Chinese buyers.
Andrew Ramlo, executive director of The Urban Futures Institute, a Vancouver research firm that worked with Ledcor, says the data proves that influence of foreign investment is not a major factor in most of the Lower Mainland.
Hmmm.
Is HAM a major impact or isn't it?
Is our region plunging itself into massively unbalance debt as a ratio to income? Or are the high prices justified because of foreign investment and thus there is no debt problem that has to be addressed?
Should limits be put on foreign investment or is all the talk about foreign investment an urban myth?
For several years now the Real Estate industry has been telling us that Asian money is flooding into the market, that it is driving prices higher and that we should buy now or be priced out forever.

Now, suddenly, studies seem to be popping claiming there isn't that much Asian money flowing in, after all.

I sense a disquieting metamorphosis in the information being put out be the real estate industry and I can't help but question the motivations behind it.
==================

Please read disclaimer at bottom of blog.
Posted by Whisperer at 3:25 PM