Is October shaping up to be a truly scary month? One Realtor reports sales volume in September down as much as 77% 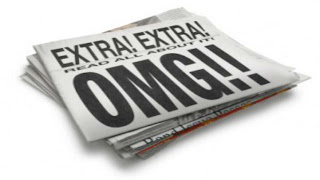 The big news early in this final week of September is that new home sales in Toronto have plunged 70%.

Pundits are calling the sales results the worst for the month of August EVER!

The collapse from July's sales was a stunning 45% in the big smoke.

As Garth Turner noted yesterday, the results are "scaring the poop out of an industry which has 93,000 condos being planned, marketed, constructed or completed. Supply is about to drown demand."

But if you think those numbers are scary, check out some of the data for September in Vancouver.

For an industry who has spent the last year ramping up to deliver a huge spasm of inventory to our market, they are truly frightening.

The numbers come to us courtesy of Shaun Kimmins, a downtown condo realtor.

Kimmins offers us the following table which illustrates 2012 versus 2011 sales volumes in six areas and two different property types, over two time periods (click on image to enlarge):

These statistics tell us that the year-to-date sale volume in West Vancouver is down 51%, in Coal Harbour it's down 44%, and in Vancouver West it's down 43%.

But the year-to-date figures are nothing to compared to what has gone on in the last 30 days.

Kimmins says the collapse is indicative of the vaporization of HAM (Hot Asian Money).

"These are generally-speaking the highest-priced areas and those that have enjoyed significant price increases largely due to the influence of wealthy “offshore” buyers, in particular, investors from Mainland China. Areas containing more affordable homes, such as Yaletown with its many small condominiums, have fared better as they’re driven more by local incomes and affordability and less by international investment."

The question now is: will prices follow the collapse in sales volume.  Kimmins notes:

"The good news for potential sellers is that so far, prices have not followed in lockstep with volume. Luxury home/condo prices tend to be sticky on the way down and they are certainly showing resilience again in the light of this slowdown in volume. That said, prices typically lag volume so where prices are headed is anyone’s guess. CBC Canada has been running segments on The National (nightly news) that suggest prices are set to follow in time if volume remains low. Predictions range from a USA-style housing collapse to a continuation in price softening."

What was it that realtor Ian Watt said yesterday? "Vancouver is overpriced."


Please read disclaimer at bottom of blog.
Posted by Whisperer at 10:51 AM