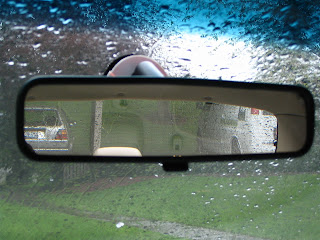 As many market observers are recognizing, perceptions about the market by the 'average joe' are being dramatically influenced by the barrage of negative real estate sales news stories hitting the mainstream media.

It seems that everywhere you turn, bubble deniers are slowly beginning to admit the market is changing.

No where is the change in attitude more entertaining to watch than with our favourite cam-car realtor, Ian Watt.

As we noted two days ago, Watt is out with his latest video clip and he says that it's more than mortgage rules that are bringing down prices in Vancouver Real Estate... Vancouver is over priced - simple as that.

In fact, in the above video clip, Watt states:


"Vancouver may have been 10% overpriced"

As the poster 'crashcow' on VCI notes, this is a bit of a change from just a couple of months ago.

Faithful readers will recall that is was only July 9th when Ian was singing a slightly different tune in a video we posted here.

In this July 9th vid, Watt was telling us the stats were out for June 2012 for the downtown condo market.

Ian said June was the worst month, as far as activity was concerned, in Greater Vancouver in 10 years.

Market sales were down 20% and Watt conceded we were slipping into a buyer's market.

His prescient crystal ball told him that prices "may correct 5%" and then he then gets giddy as he suggests you might want to get out there and look around to buy because:

How long before we post the next Ian Watt car cam clip telling us the market was actually 20% overvalued?

Maybe this is why Watt always records these clips in his car.  The rear view mirror outlook is easily facilitated as he chases the market downward.


Please read disclaimer at bottom of blog.
Posted by Whisperer at 1:29 PM