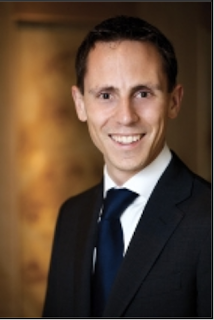 You may recall our post about Vancouver realtor Keith Roy whose July declaration that it was time to cash out of the Vancouver housing market garnered national headlines.

Well Roy is back with another local housing analysis.  And it might just surprise you.

Real Estate sales in September are rivalling the benchmark dismal month of 2008, and may close out worse than that fateful month during the GFC.

These September sales totals come, as you know, after what has been a absolutely abysmal summer.

But what if results for the rest of Fall are even worse than the dreadful summer of 2012?

Roy takes a look at Vancouver detached housing sales on the west side of Vancouver in Fall from the past 10 years and suggests this is exactly what is about to occur (click on image to enlarge).

If we can agree that ‘summer’ is June, July and August and ‘fall’ is September, October and November, then for 8 of the last 9 years, summer has been busier than fall - in up and down markets.

Given that today’s market is widely considered to be slower than last year’s and buyers are much more hesitant than they have been in the past, coupled with the fact that many prospective buyers have yet to sell their home, I can easily suggest that fall will once again be slower than summer.

But that's just detached houses. What about the rest of the market?

Roy takes a look at the MLS sales numbers for all product types on the west side of Vancouver - houses, condos and townhomes combined - and while the results are a little bit different, Roy states that, once again, for 8 of the last 9 years sales have been busier in the summer than they were in the fall. The only difference is that when attached homes are included, the only fall that was better than summer was 2003 - which had an anomalous month in October 2003. 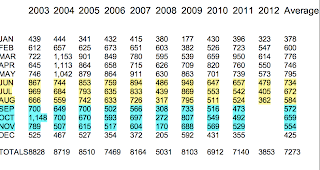 So Roy thinks sales will continue to suck. What about prices?

Once again realtor Keith Roy offers a very un-realtor-like assessment of what will happen to prices (while also taking a shot at the REBGV and BCREA):

The real estate board has taken great pains to assure and calm the public that the Greater Vancouver real estate market is strong and stable - particularly after my last blog post received so much media attention suggesting that the current trend of high supply and low demand will lead to an adjustment of prices.

Unless someone can convince me otherwise, when it comes to short term pricing in the Vancouver market only two variables matter: Supply and Demand.

Since my last blog post, supply has remained relatively static and sales have been slower that at any time in the last 10 years (with the exception of the August prior to the 2008 crash).

As of September 16, 2012 there were 1014 homes for sale on the west side of Vancouver, down slightly from June’s 10 year high of 1078 available homes. After peak sales volume in February, sales in every month in 2012 have been lower than the month that preceded it reaching a low of only 75 home sales in August - 46% lower than the 10 year August average and 55 homes less than August 2011.

We are only hearing anecdotal evidence of a busy fall market with new listings popping up, buyers coming to open houses again and some houses selling in multiple offers. But the typical fall buzz has yet to be seen.

Many Realtors are struggling to get offers on listings. In hopes of prices declining or another home coming on the market, many buyers are reluctant to write offers.

September is not proving to be the saving grace many thought it would be.

In the end Roy believes the autumn market may best be re-termed the Fall(ing) Market as the dynamics of supply and demand play themselves out.


Please read disclaimer at bottom of blog.
Posted by Whisperer at 11:50 PM