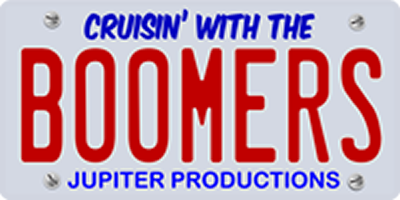 Back in March we talked about the Boomer Trigger.
Last month the Bank of Montreal (BMO) issued a warning about the danger to real estate and retirement plans the phenomenon represented.
And now Macleans bring the Boomer Trigger to the forefront of public consciousness with an article this week by Stephen Gordon titled: Attention boomers: Why demographics threatens your retirement.

One of the more worrying aspects of population aging is its effect on the prices of assets that many people are counting on to support them in retirement. For example, many Canadians may be planning to sell their house when they retire, buy a less-expensive condo and deposit the difference. The problem is that if a large wave of people retire and execute this strategy at the same time, the flood of new supply on the housing market will depress prices, thus reducing the value of the housing assets that were supposed to finance their retirements.
The run-up in housing prices over the past decade has attracted a lot of attention in this regard and led to worries that Canadian households’ balance sheets might be over-weighted on housing.

In a twist, however, Gordon makes a case that housing isn't as overbought as one might think (and I'm assuming he means outside of Toronto/Vancouver here).

Much of the surge in the 2000s can be seen as a recovery from what was a very dismal market in the 1990s. Housing’s share of household assets did increase sharply during the 2000s, but this ratio still hasn’t recovered pre-1990 levels and remains below what it was in the 1970s.

Gordon then analyzes stocks and see's a danger in that asset from the Boomer Trigger as well:

The same holds for another type of asset: shares. Shares were 10 per cent of household assets for 20 years and doubled to 20 per cent during the mid-1990s, an increase that appears to be driven by higher stock prices, not by an increase in the number of shares held by households.
In the 40 years before the mid-1990s, (real) stock prices fluctuated in what in retrospect looks like a fairly narrow band and without any discernible trend. But something happened twenty years ago that more than doubled share values in real terms. What?
There are many models and theories about the determinants of asset prices, but I can’t think of any whose fundamentals would explain increases of these magnitudes. There was the tech bubble during which fundamentals were abandoned, but the broader indices stayed high and continued to climb after the bubble popped.
The story that makes the most sense to me is demographics. In the mid-1990s, the baby boom cohort started entering its late thirties and forties—prime earning years—around this time, and they began to save for their retirements. This meant buying up assets, either directly (by means of individual plans such as RRSPs) or indirectly (by managers of pension plans). Demand outpaced supply, so prices increased.
But what will happen when the boomers start to retire? Will the process reverse itself, with a wave of selling forcing down prices and wiping out a generation’s retirement savings?

Seems to me that wealthy Asians have a lot of asset buying ahead of them to fulfill the Vancouver dream of supporting our overvalued asset prices.
Riiighhht!

It's December 7th and we take a moment to remember a defining moment of the last century equal in impact to the one we all remember on September 11th, 2001.

Today is the 71st anniversary of the attack on Pearl Harbor.