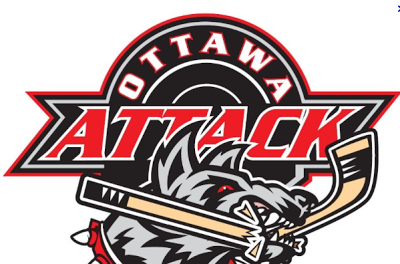 You can imagine how hard it is for real estate agents right now as they deal with clients who have their home on the market.
Sellers have expectations skewed by a housing boom driven by almost 35 years of of unprecedented debt expansion, a boom which has gone parabolic in the last decade.
Declining prices?  Bite your tongue.
You can just imagine the conversations as agents patiently explain to perplexed sellers that November sales figures are 30.3% below the 10 year average. You just know those sellers aren't receptive to suggestions they should 'adjust their expectations' or 'price their home for the current market.'
So what to do?
Pull the listing, of course.
Massive inventory will be blamed (triggered by those repressive mortgage changes) and the industry associations are almost promoting the factors now.
It's leading to headings like yesterday's in the Province newspaper:Vancouver homeowners pulling properties off the market rather than settle for lower prices.

The free-falling Vancouver housing market shows no signs of reversing its slide with the latest figures showing November sales 30.3% below the 10-year average for the month.
The Real Estate Board of Greater Vancouver now says consumers have begun pulling their homes off the market rather than settle for a lower prices in what is still the country’s most expensive market to buy a home... Home sellers appear more inclined to remove their properties from the market today rather than lower prices to sell their properties.

Toss in supporting articles by industry 'experts' about how prices simply 'won't be coming down' and you can see the framework for yet another cunning media campaign to mould the mindset of homebuyers and particularly sellers.

"Everyone else is pulling their listing and not accepting less... why wouldn't you if you believe it's 'worth this much?"
But the clock is ticking on that strategy.  Come Spring those removed listings will come flooding back with a vengence with sellers anxiously expecting the market to have recovered.
But as we outlined yesterday, there is no government rescue plan being implemented which will facilitate a Spring recovery.
Yet.
Which is why CAAMP (the Canadian Association of Accredited Mortgage Professionals) is wheeling into action :

CAAMP leadership will be talking to bureaucrats and politicians in Ottawa early next week in yet another effort to raise the red flag on tighter mortgage and lending regimes.
“Our Chair, I and our chief economist will have a series of meetings in Ottawa on Wednesday with both public servants and politicians to discuss the findings of our most recent research,” Jim Murphy, president and CEO of CAAMP said. “We will obviously discuss the government’s recent changes along with the need to maintain a healthy housing and mortgage industry in Canada.”

And what is that 'recent research'?
Last month, CAAMP released its Annual State of the Residential Mortgage Market in Canada report.
They produced surveys which indicated that most Canadians are dealing with the largest level of debt in history very well, thank you.
They have been handling their debts and paying down their mortgages “comfortably.”
More significantly the report raised concerns that the mortgage rule revamp implemented by the government has shut out many first time homebuyers from the market and caused a drop in housing market activity.
[Which is exactly what they were supposed to do]

(There) is a sentiment shared by many brokers who argue that the mortgage rule changes were ill-timed since the hot housing market was already moving towards a price correction.
Mortgage professionals also warned of a possible snowball effect wherein a reduction in activity at the entry level will create difficulty for those who wish to sell their homes and move up in the market, creating a slowdown in upper segments of the housing market as well.
“Our concern today is the number of growing first-time buyers who are now unable to get a mortgage. We worry that this is having a dampening effect on what was already a cooling market, we hope policymakers will give some thought to addressing the needs of this key sector.”

CAAMP is desperate to lobby government to make changes before the Spring market rolls around.  And the organization no doubt feels their chances may have improved with the looming departure of Bank of Canada Governor Mark Carney.
I suspect next week's efforts will be the first of a Winter long offensive.
==================