Housegate: When did the Mayor buy and when did he know he would buy there? 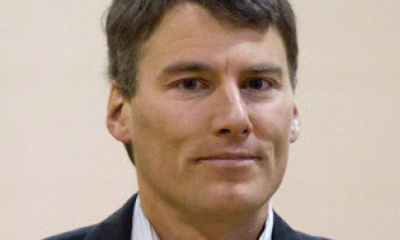 To say that our breaking blog post about Vancouver Mayor Gregor Robertson listing his house for sale is a story with "legs" is a bit of an understatement.

Our story lead to media questions for the Mayor, prompting a press release (see also here).Turns out his worship has not only listed his home for sale, but he's already bought new digs, which is where our story really heats up.

Our post originally queried whether our fair Mayor was bailing on the bublicious Vancouver real estate scene... grabbing the equity that has grown since the Mayor paid $450,000 for his Cambie area home back in 2005 (it's on the market now for $1.9 mil).

But in the press release, Gregor not only addressed the reasons for selling (downsizing due to empty nest syndrome), but he also came out with a statement from the City Solicitor.

"The mayor’s family is selling their home and downsizing now that their kids have graduated high school. They’ve bought a new home within a block of York Avenue in Kitsilano, but the location isn’t being disclosed for security reasons.

Speculation is that the Mayor has bought (exact address removed) on Stephens Street in Kitislano.   XXXX Stephens Street happens to sit at the western-most end of York Avenue.

Suddenly you understand the need for input from the City Solicitor because when the Mayor 'downsized' to a house just off Point Grey Road near York Ave, he opened up a huge can of worms. 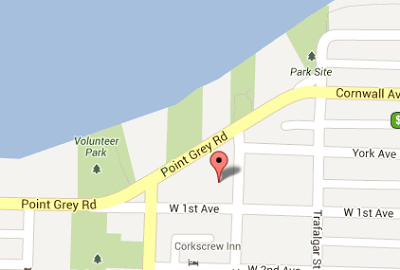 This part of York Avenue just so happens to be the terminus of the latest, and highly contentious, bike lane proposal being pushed through by the City. 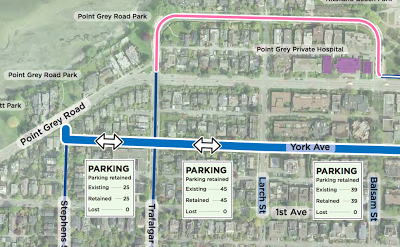 The new traffic-calmed bike route being proposed for York Ave is part of a Burrard Bridge to Jericho Beach 'corridor'.

The section between Stephens St and Chestnut St is a hodgepodge of no changes, one-way “counterflow” bike lanes, one-way roads, two-way roads, and two-way bike tracks. It's a critical stretch that will dramatically impact the neighbourhood... and it's garnered a lot of negative neighbourhood attention.

On May 23rd, CBC news talked about the City's public consultation for the contentious plan.

The City of Vancouver is considering a separated bike path along Cornwall Avenue and Point Grey Road in the city's Point Grey neighbourhood.

The first of three open houses to discuss the plan takes place tonight. Another open house takes place Saturday at 10 a.m. PT at Bayview Elementary School, followed by a final presentation Monday at 4 p.m. PT at the Kitsilano Public Library.

What no one told the public was that the dedicated bike path would lead to the front door of the Mayor's new house. A house which - at the time of the meetings - Robertson may have already bought (or was under negotiation to buy).

To borrow from a famous political phrase: when did the Mayor buy and when did he know he was going to buy it?

It's an important question because this story now has all the appearances of a massive conflict of interest.

At first blush you can't blame people for wondering if Robertson influenced the process to ram the the proposal through channels. The very fact he hid his real estate purchase from the public during the Open Houses process certainly creates the aura of impropriety.

How significant do you think this fact is to those who attended the public meetings to voice their displeasure with the proposal?

The public has a right to know what role all this played in the political process at City Hall. When did the Mayor buy and when did he know he would buy there?

Sounds like it's time for another press release, Gregor.