Shanghai Daily: It's only a matter of time before China's housing bubble bursts 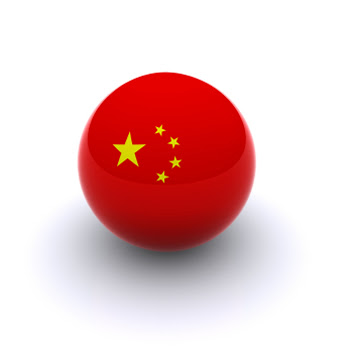 Excellent post today regarding China on the Australian blog, The Unconventional Economist. It articulates the issue succinctly.

China has, on a per captia basis, pumped more money into their economy than the Americans.

While most are viewing the results as the growth of an emerging economic superpower, the reality is that China's economy has become over-dependent on fixed asset investment - i.e. the building of infrastructure, real estate and manufacturing plants.

This over-investment in fixed assets, which now comprises a whopping 60% of China's annual GDP, has caused China to build far too many things (apartments, factories, etc) that are not needed, resulting in significant over-capacity.

We have seen this time and time again in bubbles everywhere.

One only has to view footage of China's empty cities on youtube to understand the extent of this malinvestment.

China has a massive over dependence on real estate construction. They have built entire cities that are now sitting empty. Yet, despite this over building, construction is continuing, with 12 million to 15 million residential units this year.

These units, which are priced similar to those for US residents, are intended for Chinese workers who earn about $3,500 annually and are in the bottom 20% of wage earners. To make matters worse, many of the Chinese who have moved to cities from the country are construction workers. So when the construction slows, many will likely move back to the country-side, leaving a construction ghost town and one massive financial black hole.

Now Business Insider has provided proof of China's over-building and malinvestment with alarming satellite photos of entire cities laying vacant. From their article:

Last week Yu Yongding - a prominent economist from within the Chinese establishment - published a scathing attack on China's economic model in the state-run China Daily. This article supported the concerns voiced by external commentators over the Chinese economy.

Now the Shanghai Daily has published an explosive article entitled: It's only a matter of time before China's housing bubble bursts.

In the heyday of Japanese prosperity, the land value of Tokyo alone exceeded that of the entire United State. This 'wealth effect' had Japanese tycoons considering buying up America.

What happened to Japan is well known history.

The Unconventional Economist speculates on how a collapse in China could devastate Australia.

The ramifications are no different for the Village on the Edge of the Rainforest.

Please read disclaimer at bottom of blog.
Posted by Whisperer at 5:17 PM