BMO on Gold: "The only gold bubble likely to burst is the bubbling ridicule of gold" 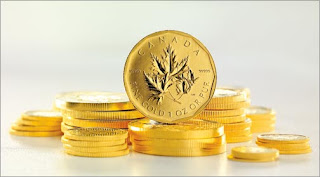