The COMEX supply of Silver continues to decline, Scotia loses 60% of it's Silver 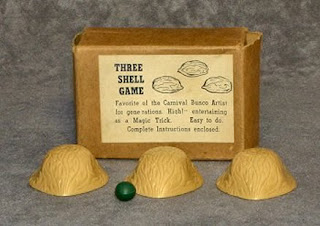 Faithful readers may recall that back on April 28th we made a post about the COMEX losing 20% of available Silver to 'reclassification'.


Part of that 'loss' came when Canada's own Scotia Bank, our nation's largest bullion depository, reclassified a whopping 5.2 million ounces of silver from Registered to Eligible status.
Scotia Bank precious metals division (Scotia Mocatta) transferred 25% of the silver it possessed from the "registered" category (or deliverable physical) to the "eligible" category (or "undefined").
And when Scotia Bank moved 25% of it's silver from 'registered' to 'eligible', it took that silver out of the COMEX pool that was available to be delivered.  This move dropped the vault's true holdings from 11.8 million ounces to 6.5 million. And the 5.3 million ounces that ScotiaMocatta moved represented 5% of the  COMEX supply (at the time) of 44 million ounces.
This 'reclassification' was dismissed as a routine move that happens from time to time and that it was only a temporary condition that would soon correct.
Curiously this was followed by reclassification's from two other depositories, HSBC and the Delaware Depository.
When all was said and done the 'reclassified' silver reserves dropped the total "physical" silver at the COMEX by almost 20%, or from 41 million ounces to 33 million ounces.
And the 33 million ounces is down from over 100 million ounces just over a year ago.
Now... there are those who that the COMEX does not even have that 33 million ounces.  They way that what is stored 'on the record' is actually an accounting sleight-of-hand and that the silver has been leased out or spoken for in some other fashion in the giant fractional reserve silver game being played by the big bullion banks.
This, critics allege, is why the COMEX has been having so much difficulty providing delivery of physical silver on futures contracts in a delivery month.  Records of silver deliveries in and out of the COMEX vaults don't match the contracts being settled leading critics to charge the COMEX is settling contracts, not with physical silver, but with cash payouts plus a sizable cash premium.
The problem with this, of course, is that cash settlements prevent the COMEX from functioning as a true discovery vehicle for the price of silver.  If the COMEX is unable to deliver physical silver at these prices, then the price of the metal would rise to seek the level at which physical silver becomes available (i.e. the level at which those who hold it are prepared to part with it).
Thus the levels of Silver on hand at the COMEX is of keen interest to those who invest in Silver.
Are the 'reclassifications' really temporary or are they indicative of a problem with the silver supply?
Well the latest COMEX warehouse data appears to indicate the problem may not be as 'temporary' as those at the COMEX would like you to believe.
For the first time ever total registered silver has dropped below 30 million ounces.
This comes after yet another 1,456,488 ounce "adjustment" of warehoused silver from Registered To Eligible at Scotia Mocatta.
As of June 1st, total Scotia physical silver was now 4,740,447 ounces, a 24% drop overnight, and a massive 60% drop from the total which we profiled on April 28th.
Curiously the total silver totals at the Scotia Mocatta vaults has barely budged. The only thing that has changed is the shift from real silver to "Eligible", or that which has no warehouse receipt issued against it. This Silver has been described as "a private arrangement" which has nothing to with the Comex.
But the fact of the matter is that Scotia Mocatta has lost 60% of its physical Silver in one month to 'reclassification' and the total available deliverable Silver at the COMEX is now below 30 million ounces.
That means that if 6,000 contracts stood for delivery (each contract represents 5,000 ounces), the COMEX doesn't have enough physical Silver to fulfill the delivery.
==================

Please read disclaimer at bottom of blog.
Posted by Whisperer at 7:13 PM