Wed post #2: Another realtor telling it like it is... and in the process basically says the HPI is "horsesh*t" - updated 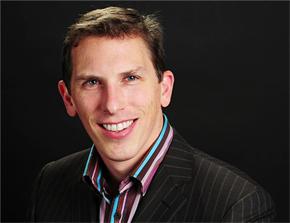 So how is the downtown Vancouver condo market doing in this 'softening' period we're going through?
Meet Shaun Kimmins, a realtor who specializes in downtown condos. His take on the market right now?

"Sales volume is down considerably. Sharpen your prices if you want to sell."

Kimmins, like many realtors, puts out a monthly market update. This one is dated July 25th, 2012 and his snapshot of the downtown core is not a pretty one.
Kimmins wants you to know that when it comes to downtown, the sales climate is abysmal. Ignore all those press releases from the REBGV... they don't capture the downtown market in any way shape or form:

"It's always interesting for me to read the Real Estate Board of Greater Vancouver's (REBGV)stats and see media reporting on the "Vancouver Market." The reality of the current market is that different sub-areas and property-types are experiencing very different activity levels and resulting pricing trends and these trends do not always relate closely to the Board's averages."

What Kimmins is referring to is the downtown market, a market exclusively comprised of condos. And when he says downtown doesn't relate to the REBGV's averages, he's not kidding.

According to the REBGV's stats summary there has been a year-over-year decrease of 18.8% in sales volume for the condo category and an increase of 0.3% in the Benchmark Price of condos for June 2012 vs June 2011.

But as Kimmins tells us, that doesn't tell the downtown story in any way, shape or form.

How bad were sales in June 2012 in downtown?
In the uber high-end district of Coal Harbour there were 212 active listings for this period. Kimmins tells us this is actually down from the same period last year when there were 275 listings. The major difference is sales.
How many condos sold in the 30 day period? 8.

Last year in the same period there were 37 sales. This means there is 27 months of active inventory (MOI). More significantly it translates into a 78% decrease in sales volume year over year!
Ouch.
The West End is not much better. There are 275 active listings and only 18 condos have sold in the 30 day period (June 2012). Last year 51 condos sold in the same period. MOI ballooned to 15 months of inventory and sales volume decreased 65% year over year!
Looking at all of downtown, active listings sat at 1,402 in June 2012 with 99 condos having sold in the previous 30 days (last year 216 sold). MOI sat at 14 months of inventory and sales volume had plunged 54% year over year.
Kimmins then offers this critique of those nefarious REBGV statistics:

"So, in the 'Downtown' area, sales volume is off between 54% - 78% while according to the Board's latest stats summary they publish a year-over-year decrease of 18.8% in sales volume for the condo category and an increase of 0.3% in the Benchmark Price of condos for June 2012 vs June 2011.

Given these stats and the recent sale of a north-west corner suite at Fairmont Pacific Rim at a price more than $1,000,000 below two more or less identical suites that sold in the same building a year and a half ago, it's difficult to convince Coal Harbour buyers that prices are up."

Can't say we disagree with your take on those REBGV statistics, Shaun.

(Whisperer's note: Kimmins update was put out at the end of July [July 25th, 2012] and summarizes the data for June 2012.  Kimmins has not released a summary of July data yet. Presumably he will do so towards the end of August 2012.)

In another section of his website, Kimmins looks at data for all of Vancouver:

Kimmins editorial on the statistics:


The Board publishes a 37.4% decrease in sales year-over-year for detached houses with an increase in values of 3.3%. Again, it might be difficult to convince a West Vancouver detached buyer, where there are 25 months of active listing inventory, that prices are up. I’m not in any way suggesting that the Board is incorrect or inaccurate when it comes to board-wide averages. What I am suggesting is that different properties in different areas may not be experiencing fluctuations in value in line with the averages so one must look at each property on a case-by-case basis.

I don’t want to set off alarm bells but this current market has created a moving target in terms of valuations and in the minds of most buyers I have spoken to recently, prices are well off their previous highs. Condo-buyer motivation seems to be quite low.

The media is not affecting values positively, at least not from a seller’s point of view. Where the market goes from here is unclear but it is becoming clear that in order to sell in the current market one must price sharply and be willing to adjust if one wants to sell within a reasonable time frame.

Kimmins says, "I’m not in any way suggesting that the Board is incorrect or inaccurate when it comes to board-wide averages."

But you can see he is clearly frustrated when the board comes out and sales sales volume is only off 18% across all regions of the REBGV and the benchmark price is actually up!

For a realtor like Kimmins, this isn't an accurate reflection of his downtown market at all.

Kimmins is clearly frustrated by the REBGV attempts to spin the current news because that news is unmistakable... Iit isn't a 'buyer's market' downtown right now - it's a vultures's market.

And for potential buyers there's still lots of circling to be done before moving in to pick at the carcass.

Convincing sellers that have to set their asking price for the market is difficult when the REBGV is so desperate to paint the market as 'balanced'.

Posted by Whisperer at 9:26 AM

Email ThisBlogThis!Share to TwitterShare to FacebookShare to Pinterest
Labels: realtor Shaun Kimmins, realtors telling it like it is