The repeal of the HST has only spawned failed expectations 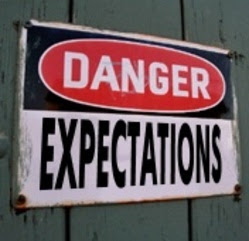 Yesterday we  made the observation that real estate sales continue to lag and it is becoming apparent that the removal of the HST is not going to trigger a house buying frenzy.

Today Alphabet Arnie Shuchat is out with some brutal statistics from Richmond that clearly support that claim.

The myth (read: rationalization) for the declining sales over the past few months is that people were holding off making purchases as they waited for the repeal of the HST.

Well the HST is now history and since April 1, when the HST was repealed in BC, has there been a spike in sales in Richmond?

This is a stunning collapse in sales and deals a brutal blow to expectations that the market would take off after the repeal of the HST. Says Shuchat:

It is now April 17! So far, I don't see the hoped for impact of the HST elimination. I am hoping that this is a data reporting issue, although I don't imagine the data being that far behind.

Rather than triggering a buying frenzy, sales appear to be falling to levels dramatically lower than pre-HST.

Here is the statistical information on the units that sold:
Shuchat observes:

For arguments sake, and all this would change when examining a particular property in detail, given that the average listing price across the board on these 196 homes is: $2,060,416 and the average sale price per square foot is $467.63, sellers must start to discount their new homes by at least 15% more to move them if they are of average build quality in an average site location. And, that assumes that they don't all do it at once, in order to get them to move.

Because the current asking price per square foot is at $556. Something has to give barring no change in demand, and I'm saying on average, that it will be about $300,000, depending upon how fast builders get their numbers there. It could be more!

It's a scenario that will only exacerbate itself as those who had been holding off listing while waiting for the HST to be removed, now begin to enter the market.

Builders will be battling the burgeoning inventory.  Those who cut first - and deepest - will probably sell.  The rest will merely join the herd chasing the market down.


Please read disclaimer at bottom of blog.
Posted by Whisperer at 8:02 PM