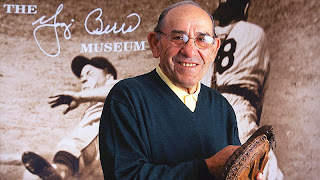 What's the next big financial disaster looming on the horizon in the United States?

In 2006 we started to hear about loans that went to borrowers who might never before have been allowed to borrow. When they found repayment difficult, they were permitted to refinance their loans, generating fees for the lenders and postponing the ultimate reckoning.

Then the credit markets turned and both the borrowers and lenders were in deep trouble.

So it went with the subprime mortgage crisis. And so it is now going with corporate loans and bonds. It appears that defaults on leveraged loans and corporate bonds will soon rise to levels not seen since the Great Depression.

If that does happen, a wave of corporate bankruptcies will deal another blow to the American economy, and present the Obama administration with more painful decisions about possible bailouts — bailouts that could be made directly or indirectly by persuading bailed-out banks to make loans that might not seem wise to the bankers.

Oh... the tangled web we are weaving.

Calculations by Moody's Investors Service show that as of the beginning of April, a record 27 percent of speculative-grade debt issuers had a rating on their senior debt ranging from Caa down to C. These are the lowest rungs of credit quality — rungs that once rendered a borrower ineligible for a loan.

The default rate on leveraged loans and speculative grade bonds is rising rapidly. “We expect the default rate to get to the range of 14 percent by the end of the year,” said Kenneth Emery, a senior vice president of Moody's. That compares to peak default rates of 10 to 12 percent during the last two recessions, in 1991 and 2001.

That could turn out to be an optimistic forecast. Edward I. Altman, a finance professor at New York University says he thinks the rate will probably be in the range of 13 to 15 percent, but could go as high as 19 percent this year. If the recession continues into 2010, he fears that year could see a comparable default rate.

How did we get into this mess? The story is remarkably similar to the tale of subprime mortgages. Lenders who were making money by putting the loans into pools became more and more eager to make loans, and less and less concerned about their quality.

The way the loan securitization market developed, the most profitable loans to make were those rated B or even B-minus, levels of debt below the old standard for most junk bonds. There was a market for some Caa paper, even though such loans historically often landed in default.

Borrowers who ran into problems could refinance their debt, creating new rounds of fees for the banks making the loans and obscuring the problems with credit. And with the economy booming, there were not that many problems anyway.

The secret to all this was the collateralized loan obligation, or C.L.O. As with mortgage securities, the rating agency models figured that 70 percent of the money that went into financing single-B rated loans could be financed with AAA-rated paper.

As time went on, the big banks making the leveraged loans became more and more competitive, figuring the secret to profits was in making the loans and securitizing them — not necessarily getting them paid back. It was financial alchemy, but the AAA-rated paper was popular with buyers like banks and insurance companies, whose capital rules treated such securities as virtually risk-free. They wanted more such paper, and the big banks obliged.

“C.L.O.’s bought about two-thirds of corporate loans from 2004 to 2007,” said David Preston, a structured products analyst at Wachovia Securities. But there are now no new C.L.O.’s being created, and many of the old ones may soon be barred from reinvesting repayments in new loans — in part because so many existing loans are being downgraded by the rating agencies.

The loans were the corporate equivalent of the now-notorious pay-option mortgage loans, where the borrower could choose to pay only a fraction of the interest, adding the rest to the amount he owed.

It all sounds absurd now. But at the time, any bank that refused to lower standards on mortgage loans or on corporate loans risked plunging profits as all the business went to competitors. That might not have happened if regulators had been willing to step in, as some of them wanted to do.

Defaults are now rising because of the recession, but the news could get even worse. Unlike most mortgages, leveraged loans and junk bonds are not scheduled to be gradually paid off over the life of the loan. Instead, they come due and must be refinanced. Moody’s reports that leveraged companies need to refinance $26 billion in loans this year, $44 billion in 2010 and $120 billion in 2011. If credit markets remain tight, we could see lots of defaults even among companies that are doing well enough to make their interest payments.

When the subprime mortgage crisis burst into public view in 2007, government officials were slow to understand that the problem was much broader than the mortgage market. As it happens, the mortgage problem helped to bring on a recession, which is making the coming crisis in corporate loans — not to mention in commercial real estate loans — that much worse.

What was it that Yogi Berra said? "It's deja vu all over again!"

It's another reason to believe that the current stock market rally is nothing more than a bear market trap.

Email: village_whisperer@live.ca
Posted by Whisperer at 3:20 AM

Email ThisBlogThis!Share to TwitterShare to FacebookShare to Pinterest
Labels: US Economy