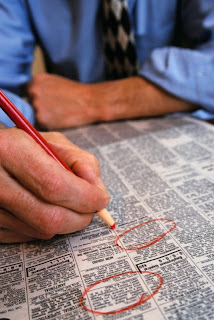 Statistics Canada will release the March employment data at 7 a.m. eastern time today. And the figures will not be pretty.

Canada has been shedding jobs at a faster rate than the United States and that trend did not abate over the last month. It will be the fifth straight month of job losses and the outlook for the summer is no better.

"I expect the numbers will continue to be worse over the next several months," Finance Minister Jim Flaherty told reporters in Oshawa on Wednesday. "I expect tomorrow's numbers to be not encouraging. When we lose jobs, it takes a long time to turn that around."

The median forecast of analysts surveyed by Reuters is for the economy to shed 55,000 jobs in March and for the unemployment rate to rise to 8% from 7.7% in February.

Personally I predict a much worse result and anticipate the statistics will show that the economy shed 60,000 - 80,000 jobs in March, up to 80% higher than the 'median forecast of analysts'. Look for the Canadian dollar to take a hit as well.

Look for the situation in BC to be particularly poor. And the impact to start catching up on Real Estate by the end of summer.

BC had more than twice as many full time job losses as Ontario, but has one-third the population of Ontario.

On a per capita basis, BC was devestated last month. And all signs point to the trend continuing through April.

Email: village_whisperer@live.ca
Posted by Whisperer at 12:53 AM